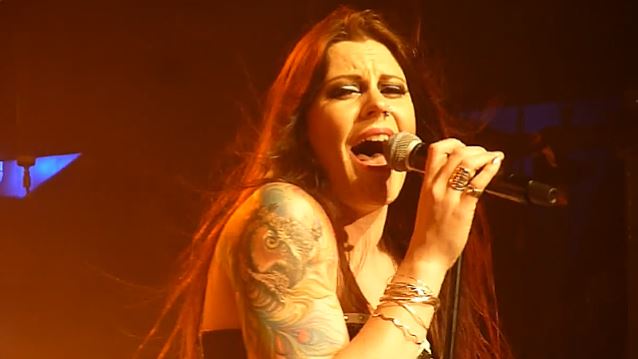 NIGHTWISH: Vancouver Show To Be Filmed For DVD Release

MetalTitans and The Invisible Orange have announced that the NIGHTWISH show in Vancouver, British Columbia on April 25 at The Orpheum will be filmed for a future DVD release.

NIGHTWISH is currently on the road in North America with special guests SABATON, a Swedish heavy metal band that gives us a history lesson in their songs on war and historical battles, and Dutch female-fronted metallers DELAIN.

The VIP package for the Vancouver show — which is now sold out — included a meet-and-greet with the band, signed poster, show program and a general admission seat in the orchestra section (floor).

NIGHTWISH's new album, "Endless Forms Most Beautiful", was made available on March 27 in Europe and March 31 in the U.S. via Nuclear Blast. 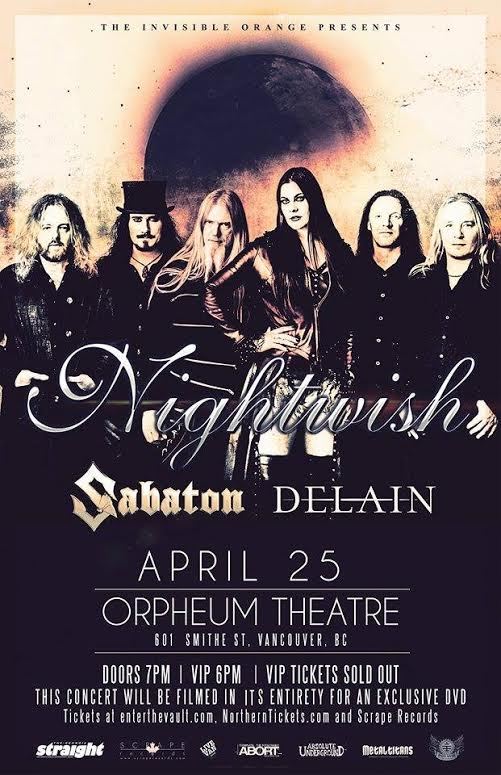