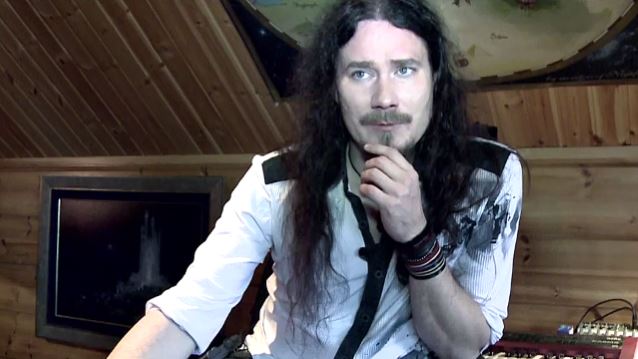 Finnish / Dutch / British symphonic metallers NIGHTWISH have released the second in a series of video clips featuring footage from the making of the band's new studio album, due in the spring of 2015 via Nuclear Blast. Check it out below.

In the latest clip, NIGHTWISH offers a glimse at the demo recordings for the new songs, all done "by the lake."

Commented keyboardist and main composer Tuomas Holopainen: "This is the third time we've opted to demo the songs in the wilderness. It's proven to be a very effective arrangement."

Added bass player and vocalist Marco Hietala: "There's stuff that sounds excellent already and stuff that clearly needs some work still. We have such a strong belief in the end result that we know if will work like alchemy: Scheiße [German word for 'crap' or 'shit'] will turn to gold."