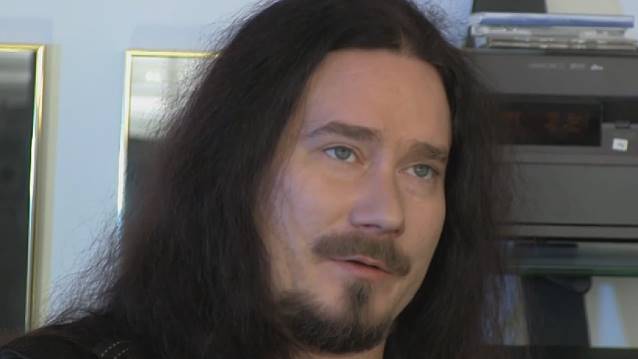 Finnish / Dutch / British symphonic metallers NIGHTWISH have released the third in a series of video clips featuring footage from the making of the band's new studio album, due in the spring of 2015 via Nuclear Blast. Check it out below.

In the latest clip, NIGHTWISH offers a glimse at the songwriting process for the new CD.

Commented keyboardist and main composer Tuomas Holopainen: "When I come up with a subject for the song, I always see it as a short movie. Each song is like a soundtrack for that movie in my head... It takes at least 12-18 month to write an album."