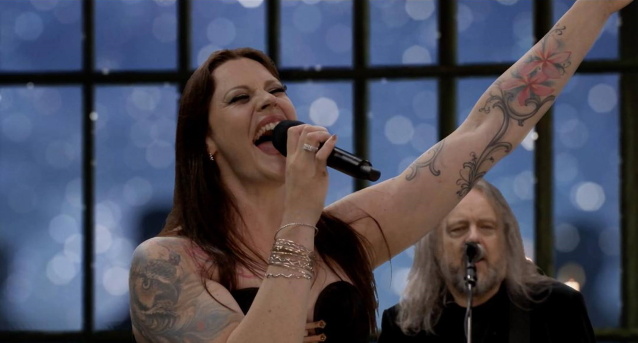 According to the Helsinki Times, the first of NIGHTWISH's two interactive experiences drew 150,000 viewers, setting the record for the largest paid virtual concert in Finland's history. Most of the viewers came from Europe and North America, but the performance was a truly global event, with fans in 108 countries purchasing tickets to the show and the box office gross exceeding one million euro.

NIGHTWISH performed in a tavern called "The Islanders Arms" built in a virtual world for two nights — Friday, May 28 and Saturday, May 29. On both nights, the fans experienced a one-and-a-half-hour performance, hearing songs live off "Human. :II: Nature." for the first time ever. Each of the two nights had its own slightly different setlist.

Program agency Fullsteam Agency, Zoan, which was responsible for the technical implementation, and the management company Till Dawn They Count produced "An Evening With Nightwish In A Virtual World", which took six months to prepare. Zoan's crew consisted of about 30 people from seven different countries, making it possible for the fans to interact with other fans as well as experience 3D imaginative worlds built based on the band's vision.

"This is definitely one of the coolest things we've gotten to do with the band," NIGHTWISH drummer drummer Kai Hahto said. "When visuals, technology and music meet so well, it becomes a unique experience."

Friday's concert marked NIGHTWISH's live debut with session bassist Jukka Koskinen (WINTERSUN),who joined the band as the replacement for Marco Hietala. Marco announced his departure from NIGHTWISH in January, explaining in a statement that he hadn't "been able to feel validated by this life for a quite a few years now."

Earlier this month, NIGHTWISH keyboardist and main songwriter Tuomas Holopainen said that Hietala's decision to leave the band "came as a bit of a surprise." He told Finland's Kaaos TV: "Marco informed us in December last year [that he was leaving the band]. And even though he has been very open about his state and problems during the past years, it still came as a bit of a surprise for us. So it was a really tough pill to swallow. And for a few days, I was actually quite confident that there's no coming back, that this is it. I remember talking to Emppu [Vuorinen], the guitar player, and we were, like, 'You think this is it?' 'Yeah, I think this is it.' I mean, enough is enough. So much has happened in the past. Something that broke the camel's back, as they say. Then, after some time had passed — a few days — we started to think that it's been such a ride of 25 years, with so many ups also, that this is not the way to end it." 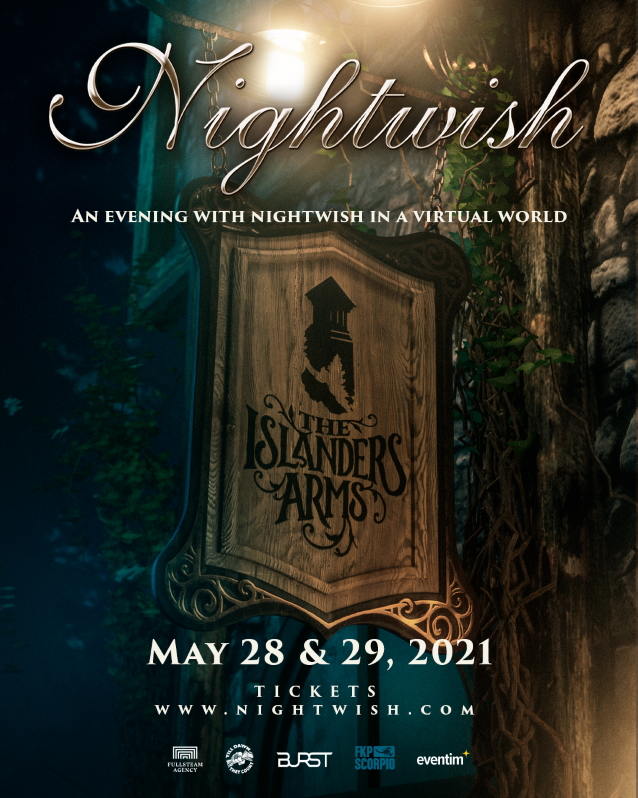