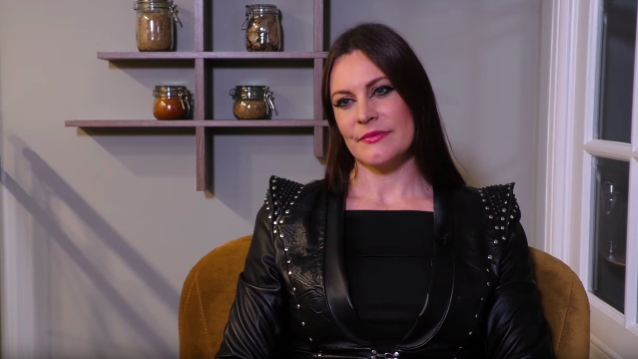 NIGHTWISH's FLOOR JANSEN: 'We Need To Take Care Of Planet Earth Better Than We Have'

NIGHTWISH singer Floor Jansen spoke to FaceCulture about the importance of working hard and collaborating in preserving the environment to prevent our ecosystem from becoming polluted and causing harmful effects to the health of every living thing in this planet.

"Well, I'm not gonna one of those climate crisis depression speakers, but it's obvious that you need to take care of where you live," she said (see video below). "And we live on planet earth, so we need to take care of it better than we have. And I think we're on a good course, but there's still lots to be done. And for me, nature is… It's super important to charge batteries. I need to be out in the middle of nowhere, preferably, with animals or out in the woods to clear my head and to calm down. That's, for me, the ultimate place to reset. But I think in general a lot of people have this, and this reconnection to nature is so important [and] vital. I mean, the fact that we are nearly forgetting that we are nature — we're also part of the natural world. Our DNA differs from [that of a chimpanzee by] three percent or something — the differences are so little. So we are part [of nature]; we should just not forget about it. And I think then we're fine."