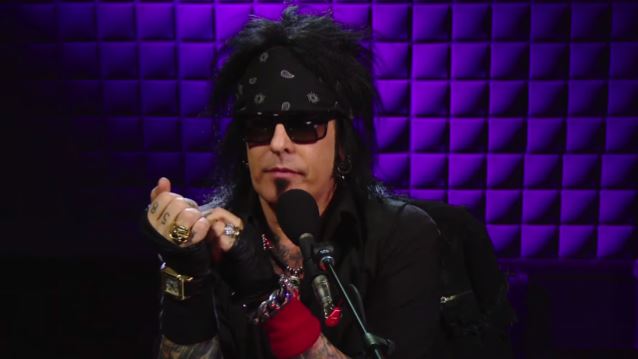 MÖTLEY CRÜE bassist Nikki Sixx says that the band's self-titled album, which featured John Corabi on vocals instead of Vince Neil, was "very unfocused," with most of the songs lacking the "big" choruses that the group is known for.

Released in 1994, "Mötley Crüe" ended up being a commercial failure in the wake of grunge despite a Top 10 placing on the album chart. Since then, many fans, as well as MÖTLEY CRÜE members Micks Mars (guitar) and Tommy Lee (drums),have voiced their opinion that the effort never got a fair shake.

During an interview with for a cover story in the latest issue of Sweden Rock Magazine, Nikki was asked for his thoughts on the album more than twenty years since its release. He said: "I've gotta tell you, I think it was a very unfocused record. It was painful for me, because John Corabi can't write lyrics, and I had to do all that work. It was the first time I ever had to work with somebody that wanted to participate in the lyrics. And my standard is so high that it was just… It was so hard, it took months... Usually, I write a set of lyrics in an hour. And it's all about having pent-up information and aggression and just [letting it out]. And it was just hard, because he was… a nice enough guy, but he just didn't have that fire, and it was hard for me. And I just felt like [producer] Bob Rock really got us… 'Cause we just really wanted to get the riffs going and stuff, and he captured that. But in general, there's like… 'Hooligan's Holiday''s a good song. 'Poison Apples', I think, was a good song. But in general, it felt like a great-sounding record, but a little bit unfocused. That's just me. Like, the choruses weren't big enough. But it was just hard."

Nikki also offered his theory as to why Mars and Lee have both publicly expressed their fondness for the Corabi-fronted album. He said: "I think Mick and Tommy love that record, 'cause it's [got] great drums, great guitars. And, yeah, I think there was a freedom in having a different singer, you know. But it was just hard for me to have to go slow. I'm just not a good 'slow' guy in the studio. I've been in sessions with other artists where [someone is working slowly] and I've just gotta bail; I've just gotta go. It's, like, you can create on the spot or you can't create. That's it with me. I just don't have patience for that."

In a 2012 interview, Mars stated about "Mötley Crüe": "I thought that was probably… To me, and I can only speak for me, I think that was probably the best album we've done. Musical-wise, the songs, I felt, were strong. And just musically, to me, it was, I guess, my BEATLES 'White Album'; that's kind of how I feel about that one. I'm not saying that any of my other albums are crummy or anything like that — I love every album that we did — but that one just has a special thing for me."

Lee echoed Mick's sentiments, telling Australia's Beat about the CD: "It's huge. Honestly, dude, it's one of my favorite CRÜE records. Sonically, the songs and the playing on that record is gnarly. We worked our asses off on that record. We had so much to prove: Vince was gone, we had a new singer who also plays guitar and writes and he brought a whole new element to this. But once fans are used to a certain thing, they just didn't want to know about any other version of MÖTLEY CRÜE. That's understandable, but when you break it down, that record still sounds rad today." 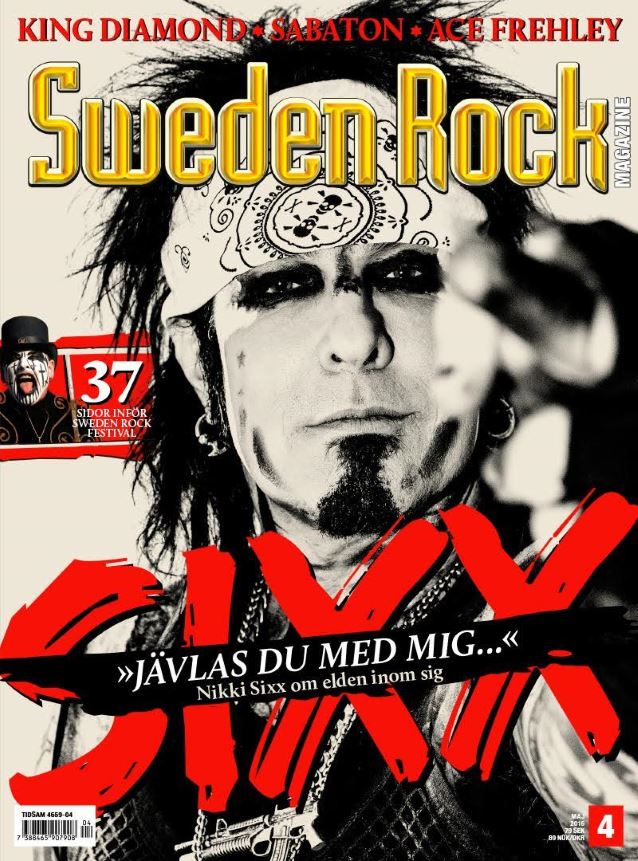