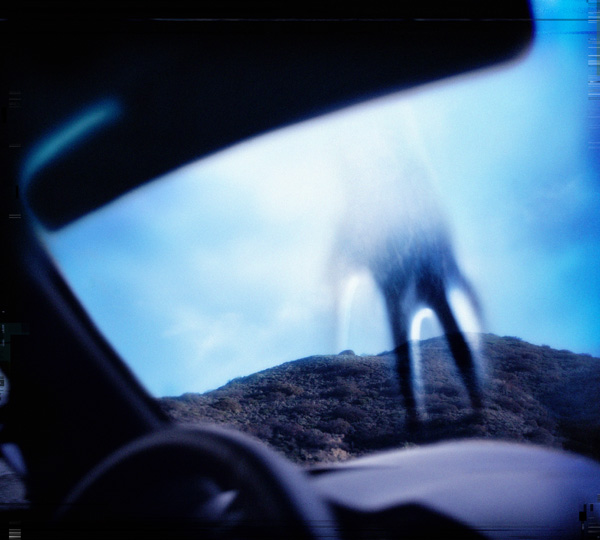 Another new NINE INCH NAILS track, entitled "Me, I'm Not", has been posted online on the band's MySpace page. Also available at the same location are the songs "Survivalism" and "My Violent Heart". All three cuts come off the upcoming NINE INCH NAILS album, "Year Zero" (cover),which comes out April 17. A trailer for "Year Zero" can be viewed online: Hi-Res (30 MB, Quicktime required),Lo-Res (3.5 MB Quicktime).

RollingStone.com has posted a lengthy article about the innovative promotion scheme for "Year Zero", which "includes tour merchandising, a dizzying network of websites and, umm, bathrooms in European concert halls." Read the story at this location.

NINE INCH NAILS frontman Trent Reznor said in a statement that the idea for "Year Zero" came into him in a daydream about the end of the world. He explained, "It takes place about 15 years in the future. Things are not good. If you imagine a world where greed and power continue to run their likely course, you'll have an idea of the backdrop. The world has reached the breaking point — politically, spiritually and ecologically."

Reznor also hinted that "Year Zero" would be the first of two concept albums.