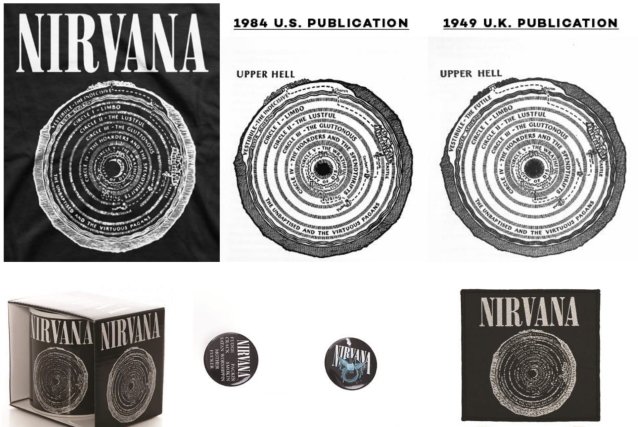 NIRVANA has been sued by the heir of a British artist who drew a map of hell for a translation of Dante's "Inferno", alleging the iconic rock band ripped off the image and used it on its merchandise. "Inferno" is the first part of Italian writer Dante Alighieri's 14th-century epic poem "Divine Comedy".

The complaint states: "On or about January 20, 2021, Plaintiff discovered that Defendants NIRVANA and Live Nation Merchandise are (and have been) licensing, promoting, selling, manufacturing, and distributing vinyl records, t-shirts, sweaters, hoodies, key fobs, mugs, patches, buttons, and other merchandise items depicting an image virtually identical to the Illustration both in the U.S. and abroad.

The complaint adds: "Further research revealed that some of the unauthorized uses of the Illustration on NIRVANA-branded merchandise date as far back as 1989. Further research also revealed that over the years, the band NIRVANA and parties acting on its behalf have routinely made false claims of ownership of the copyright in the Illustration by placing false copyright notices on the Infringing Products in substantially this form '© [Year] Nirvana'.

This is not the only copyright-infringement battle NIRVANA is currently involved in. For the past three years, NIRVANA has been embroiled in a long-running legal clash against fashion company Marc Jacobs over its "happy face" t-shirt designs. NIRVANA's dispute with Marc Jacobs centers on a design featuring a squiggly yellow smiley face, which is very similar to the trademark owned by the band since 1992. The Marc Jacobs version features an M and a J instead of Xs for its eyes (as in the NIRVANA version),and it reads "HEAVEN" instead of "NIRVANA" in a typeface similar to the band's font. 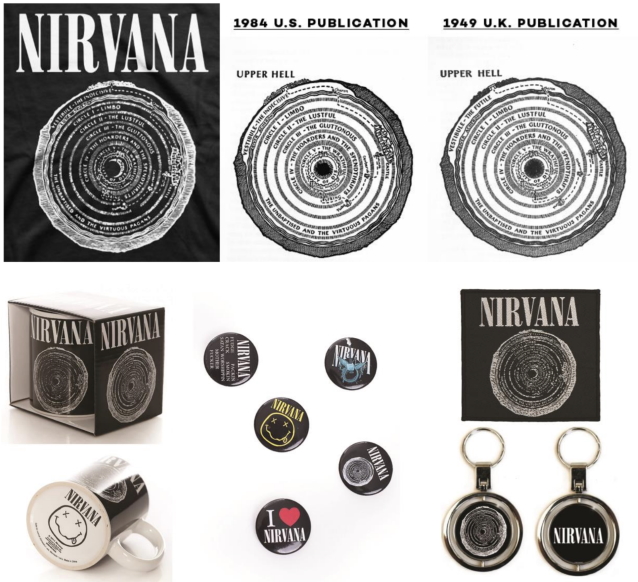