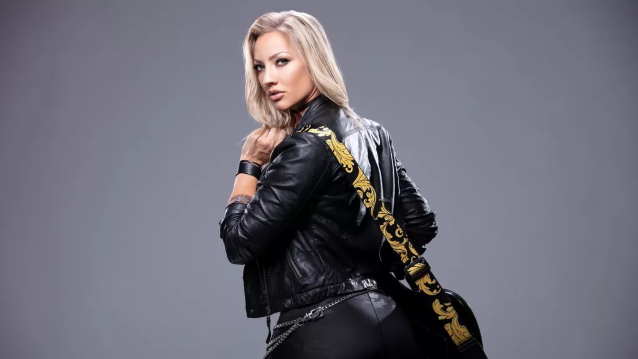 Nita Strauss, the Los Angeles-based guitar shredder for the ALICE COOPER band, has teamed up with Levy's to launch her signature guitar strap.

Handcrafted in Nova Scotia, Canada, the two-inch-wide, one-ply woven polyester strap is adjustable from 35 inches to 60 inches, featuring a black-and-gold Baroque design with a swirl icon and Strauss's signature embossed on the front leather end.

"I'm so excited to officially launch my signature strap during the holiday season," Strauss said. "Levy's has been crafting straps for over 40 years and I'm proud to be a part of the Levy's family."

The Nita Strauss signature strap is available now for $37.49 from LevysLeathers.com.

Six years ago, Strauss was chosen by Gene Simmons and Paul Stanley of KISS to be the official in-house guitarist for the L.A. Kiss arena football team, which was based out of the Honda Center in Anaheim.

Nita has spent the last few months working on her second solo album. Strauss's upcoming disc, which is tentatively due in 2021, will be the follow-up to her first solo LP, "Controlled Chaos", released in 2018 via Sumerian Records.

This past April, Nita launched "Rock Guitar Fundamentals" — a three-module online guitar teaching program suitable for learners of all levels. The course is available at www.iwanttoplayguitar.com. 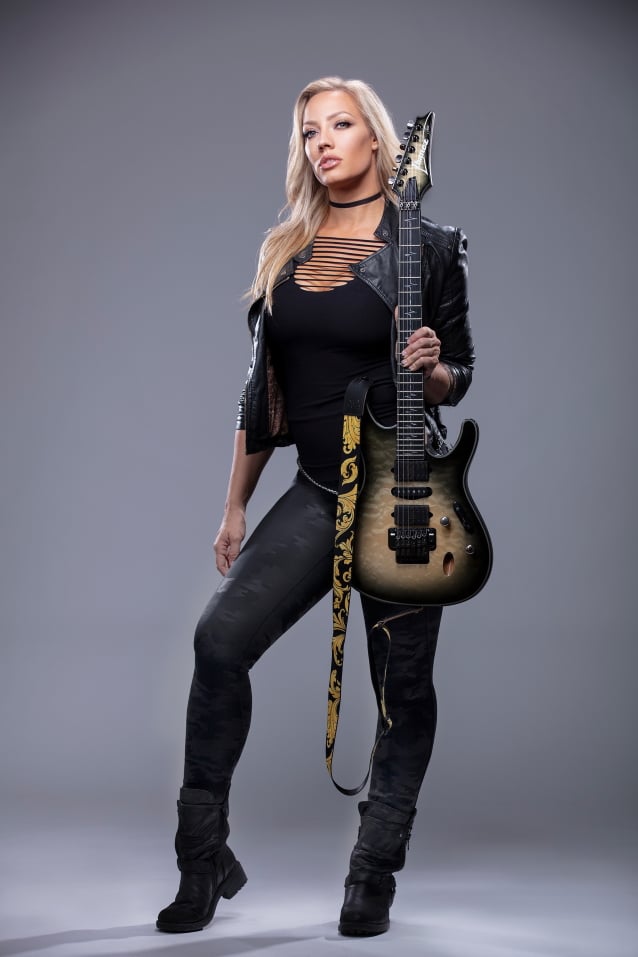