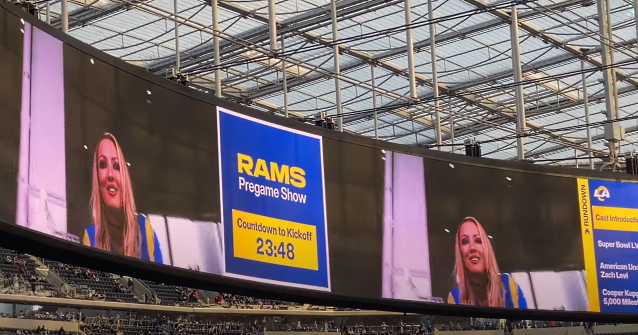 A behind-the-scenes look at Nita Strauss performing her latest single, "Dead Inside", at halftime at a Los Angeles Rams game at SoFi Stadium in Inglewood, California last month can be seen below.