No, METALLICA Did Not Steal Riffs From '80s Metal Band INCUBUS

'80s metal band INCUBUS (not to be confused with popular California rock band of the same name) has denied sending a cease-and-desist letter to METALLICA's legal team alleging that the heavy metal giants copied riffs from INCUBUS's songs.

BLABBERMOUTH.NET was one of the media outlets which were sent a copy of the supposed cease-and-desist letter earlier this week — after receiving e-mail notification of the letter's existence on March 24 — from someone claiming to be Brutal Records' Michael Howard, but chose not to publish the poorly worded document (see below) on the account that it appeared to be fake. Other news sites, however, did pick up the story and it quickly spread across the Internet, eventually catching the attention of the members of INCUBUS, who changed their name to OPPROBRIUM in 2000.

In the fake cease-and-desist letter, the person claiming to be Michael Howard accused METALLICA of lifting riffs from the INCUBUS track "Sadistic Sinner", from the cult metal band's 1988 album "Serpent Temptation", for inclusion in the song "Moth Into Flame" from METALLICA's "Hardwired… To Self-Destruct" disc. Confusingly, the March 24 e-mail alleged that "Sadistic Sinner" was copied in the METALLICA song "Spit Out The Bone", while riffs from another INCUBUS track, "Hunger For Power", ended up in "Moth Into Flame".

On Friday (April 7),the members of OPPROBRIUM released the following statement regarding the supposed cease-and-desist letter:

"It's been circulating that supposedly an individual is claiming that METALLICA copied one of our songs called 'Hunger For Power' and that this individual supposedly sent a cease-and-desist to METALLICA.

"To all OPPROBRIUM fans and METALLICA fans, we OPPROBRIUM would never send a 'cease-and-desist' to METALLICA. We OPPROBRIUM have nothing to do with this. We love METALLICA and we are fans of METALLICA ourselves.

"We do not know the reason why this news is spreading. We love METALLICA and are fans of METALLICA and would never do such a thing against METALLICA.

"This individual is claiming that he holds the rights to one of our song 'Hunger For Power', and it's not true. We OPPROBRIUM hold all the rights to all our songs.

"This individual is spreading lies behind our backs. We OPPROBRIUM are surprised concerning this, and are very sad.

"We OPPROBRIUM love METALLICA and would never do such a thing to METALLICA.

"Thanks to all OPPROBRIUM and METALLICA fans, and please keep in mind that this individual is doing this on his own and we (OPPROBRIUM) have NOTHING to do with this. This is a very sad day for our band." 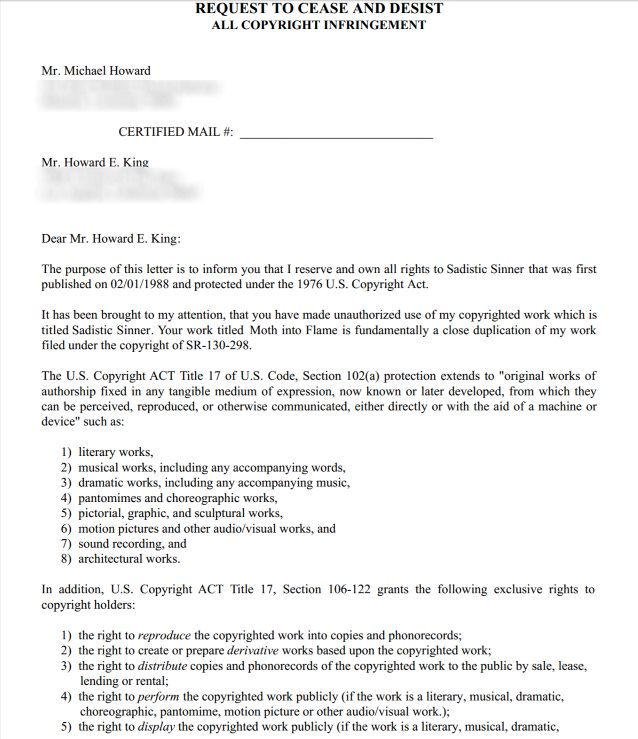 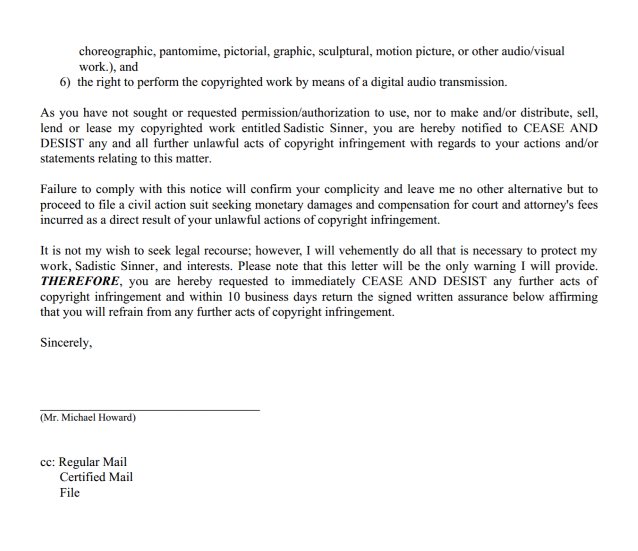 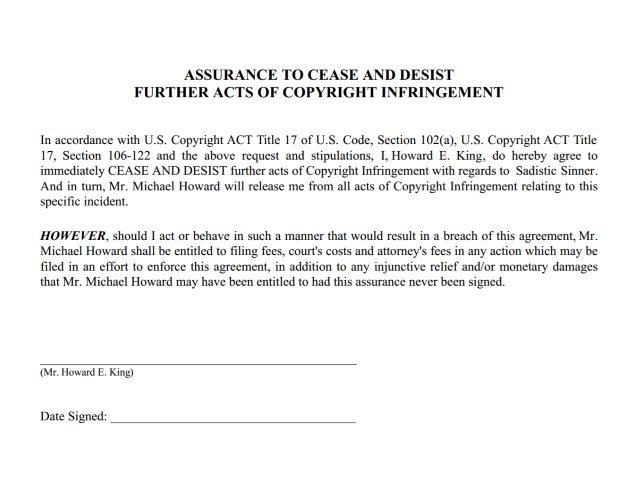 ATTENTION, ATTENTION to all Metal Magazines around the world and all our fans. It's been circulating that supposedly an ...