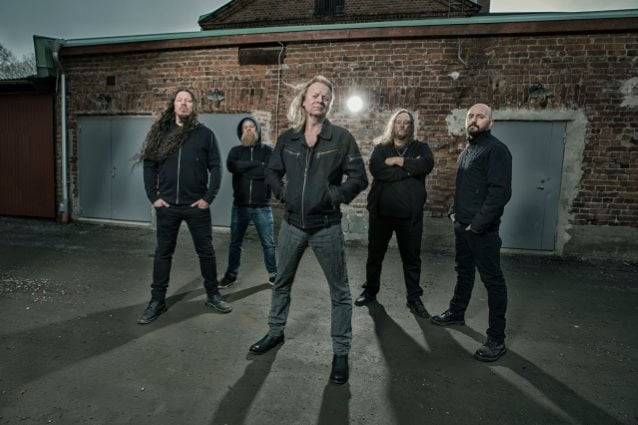 The band states: "We can't wait to share this new album with everyone. It's been long overdue. Needless to say, it feels great to finally be back."

NOCTURNAL RITES previously announced plans to enter the studio in 2011 to record the follow-up to 2007's "The 8th Sin" album. The group stated at the time that its new material would be "really dark and aggressive as well as more melodic. [It sounds] a little [like we're going] back to the darker 'Afterlife' [2000] days mixed with some trademark NOCTURNAL RITES catchy melodies — those that can never go wrong!"

Guitarist Nils Norberg announced his departure from NOCTURNAL RITES in June 2008 and was later replaced by Christoffer Rörland. As of 2012, Rörland became the new guitarist in SABATON, while his spot in NOCTURNAL RITES was taken over by Per Nilsson.