Deathbound Records has announced the signing of Winnipeg, Manitoba, Canada's NOIRE. The band's debut album, "Dark Reverence", will be made available on October 1.

NOIRE, a progressive black metal band founded in 2012 by Andrew Lawes (vocals, guitar and piano) and Bob Fitzgerald (guitar),was joined by Derrick Kroll (drums) and Craig Peeples (bass) in 2012. The band has since embarked on a path to extoll the beauty of the lightless side of music.

Not afraid to wear its influences on their sleeves, NOIRE draws inspiration from bands such as DISSECTION, OPETH, ENSLAVED and EMPEROR, unleashing brooding twin-guitar harmonies, thunderous drum work, intelligent bass lines and snarling vocals to create an atmosphere that is uniquely their own.

Having opened for bands such as ABSU, NOIRE has convinced audiences that they are serious about their music and well poised to become one of the most interesting acts to emerge from the scene. 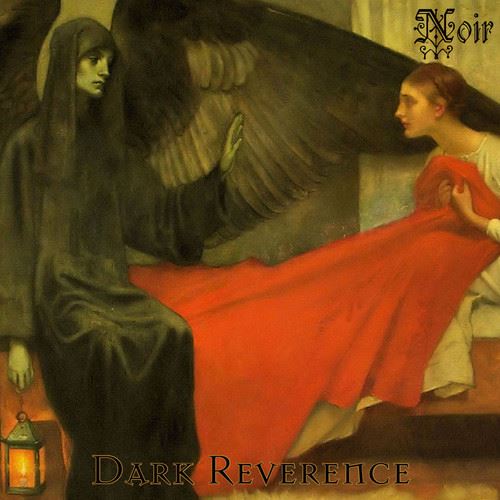