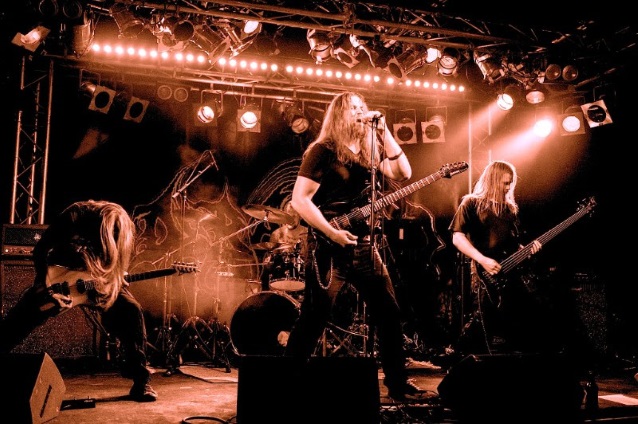 Swedish death metal band NONEXIST will release a new EP, "In Praise Of Death", on June 29 on all digital platforms.

NONEXIST founder Johan Reinholdz said: "'In Praise Of Death' — in praise of death metal, that is. This EP is an homage, a tribute to this genre that has meant so much to me, going back my childhood. The '80s/early '90s old-school bands and the melodic death metal bands of the early/mid-'90s bands in particular inspired the music on this album. Therefore, I want to thank these bands: MORBID ANGEL, MASSACRE, MERCILESS, NIHILST/ENTOMBED, CARNAGE, DISMEMBER, DEATH, MALEVOLENT CREATION, AT THE GATES, CARCASS, TERRORIZER, DISSECTION, GRAVE, DARK TRANQUILLITY, SEPULTURA, EUCHARIST, EDGE OF SANITY, PESTILENCE, DEICIDE, BOLT THROWER and VADER. Also thanks to these guys for excellent guest-performances: Mikael Stanne, Chris Amott, Markus Johnsson, Kalle Nimhagen and Alexander Wittbom."

NONEXIST was formed in 2000 by Reinholdz. Johan Liiva (ex-ARCH ENEMY) joined on vocals and Matte Modin (ex-DARK FUNERAL, RAISED FIST) on drums and the debut album, "Deus Deceptor", was released in 2002. A hiatus followed but NONEXIST was resurrected 2012 with the release of the album "From My Cold Dead Hands". It was followed by "Throne Of Scars" (2015) and "The New Flesh" EP (2016), the latter presenting Reinholdz as the new frontman (guitar/vocals).

"In Praise Of Death" was recorded and mixed by Reinholdz at Multipass Studios in Malmö, Sweden. It was mastered by Markus Nilsson at Sunnanå Studio and it features cover photography by Reinholdz.

"In Praise Of Death" track listing:

The official video for the first single, "A Meditation Upon Death", featuring Mikael Stanne, can be seen below. 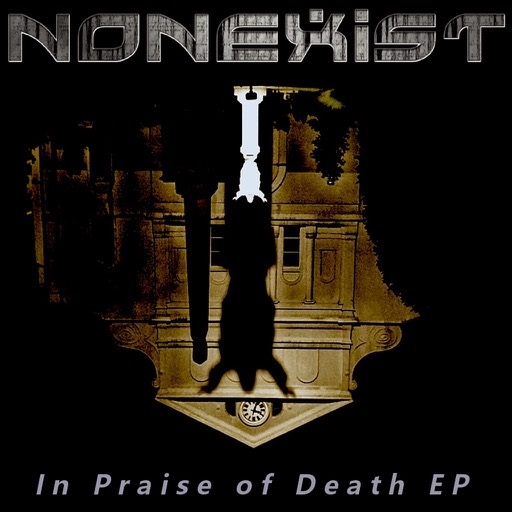