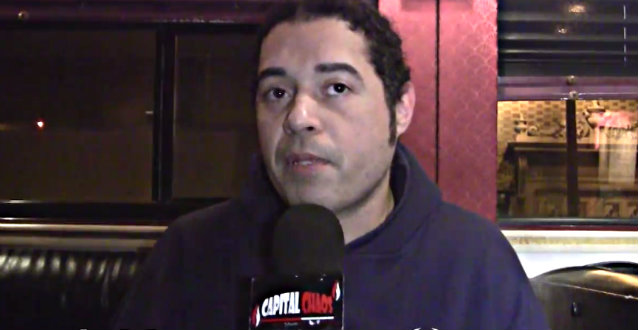 Capital Chaos TV conducted an interview with NONPOINT singer Elias Soriano on December 18 at The Warfield in San Francisco, California. You can now watch the chat below.

NONPOINT's January 31 concert at Club Revolution in Fort Lauderdale, Florida will be filmed for an upcoming DVD.

MACHINE HEAD guitarist Phil Demmel joined NONPOINT on stage at the San Francisco show to perform the song "The Wreckoning". Video footage of his appearance can be seen below (courtesy of Stephanie Cabral and Capital Chaos TV).