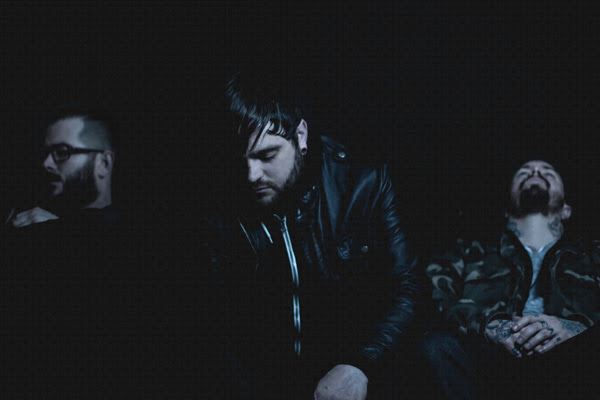 HUNDRED SUNS is the name of the new band featuring Cory Brandan, vocalist of NORMA JEAN; Ryan Leger, former drummer for EVERY TIME I DIE; and Chris LeMasters, ex-guitarist of DEAD & DIVINE.

HUNDRED SUNS has been percolating under the radar since 2013, growing from a seed of an idea to a fully-fleshed out project. Now, the group is ready to make itself known.

While the pedigrees and the pasts of the members of HUNDRED SUNS will certainly arouse interest and spark curiosity, once listeners hear the music, they will become instant believers.

Brandan told Revolver magazine: "I think it was early 2013 that Chris sent me some demos for a new project he was working on. He'd mentioned that Ryan was interested in the project as well, so I was already into it without even hearing any music, just because we were all already friends. All I've ever wanted to do in life is play music with my friends, regardless of the outcome.

"I flipped out after listening to the tracks! I instantly had vocal ideas for them and basically went right to work tracking scratch ideas. I think it was the fastest I had ever been able to complete a song, or several songs for that matter, with any musicians I've ever worked with, and the end result was this huge-sounding, sonically powerful set of demos.

"Chris was mainly just recording everything at home and sending it to me. I was tracking vocals in my closet and sending ideas back and forth with him, and Ryan was adding his ideas sporadically throughout. On top of that, our friend Dajaun was helping us to mix everything and put it all together. To us, it was all a sign of something big. We all three seem to have a very good working chemistry and at the end of the day, we were having a blast with it so we thought, why not do something real?

"It's definitely been important to us that the standard of music we create aligns with the emotion of the content behind it. From lyrics to sound, it all has to make sense. We don't want to just make a song that we can lose our minds to. We want to insert a mood that wasn’t in the room previously. They're equally important qualities."