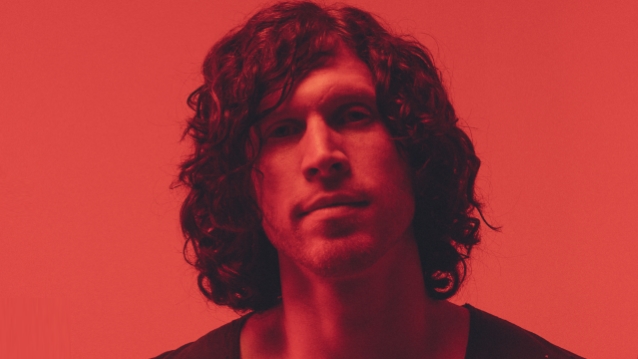 NOTHING MORE vocalist Jonny Hawkins was recently interviewed by RadioactiveMike Z, host of the Riverside, California-based radio station 96.7 KCAL-FM program "Wired In The Empire". The full conversation can be streamed below. A few excerpts follow (as transcribed by BLABBERMOUTH.NET).

On the group's recent single, "Do You Really Want It?":

Jonny: "Honestly, I think part of the reason we put it first [on latest album 'The Stories We Tell Ourselves'] was because the time right now is such an outrage culture. Social media and the internet are kind of like gasoline to that fire, and I'm just really annoyed by it, honestly. I hate all the virtue-signaling, all the moral high ground. It's like, everybody's trying to act like they're saving the world by typing a sentence. You're not actually doing anything. It goes back to Jesus. What was that old classic parable — focus on the log in your own eye before you focus on the speck in your brother's?"

On the band's summer tour with FIVE FINGER DEATH PUNCH and BREAKING BENJAMIN:

Jonny: "It's been amazing. It's been better than I expected, which is rare for me to say about a tour. FIVE FINGER and BREAKING BEN have been nothing but cool to us. BAD WOLVES has been really easy to get along with and awesome, because we've been sharing a lot of green rooms and stuff with them. It's been nothing but good vibes and huge crowds, so what more could you ask for?"

On the origins of the Scorpion Tail, a 400-pound, 14-foot "sound manipulator" the group utilizes during their concert performances:

Jonny: "Basically, I started as the drummer in the band years ago and I didn't want to leave the drums behind, so I brought a kick drum and a snare drum up front and would do these little drum things with the rest of the band. I told Daniel [Oliver], our bass player, I wanted to stand on the drums, so he welded this big, metal thing around it that we call Drumtron — this giant block of metal and pointy corners that I often cut myself on. He built almost like a catapult that connects to these drums, so when I'm standing on them, I actually have a lever I can pull, and it launches me into the air about 20 feet above the stage. Then I pull up this device that is basically... it's a controller, much like if you went and saw a DJ remixing a bunch of music with buttons and knobs and faders, I'm doing that but with levers and buttons on this metal device. It's more full-body rather than moving just your fingers like a DJ, and we're not affecting pre-recorded material – we're affecting live musicians, so what Mark [Vollelunga] is playing on guitar, what Dan is playing on the bass and what I'm doing vocally, I'm affecting all of those at once with the levers and buttons."

On making the transition from a drummer into a frontman:

Jonny: "I think I'd always, deep, deep down, always wanted to but was too afraid. I had stage fright. When I was a kid, I tried out for the choir [and] didn't make it. As a kid, it was a pretty impressionable moment — I was like, 'Well, singing's not for me.' The drums were kind of like my safety blanket. As I got older, we went through multiple singers over the years, none of them quite fitting our vision. Mark, Dan and I always just, we're on the same page, almost that unspoken just knew what was cool and what wasn't in our minds, but there were always those other members that were on a different stream of consciousness. Basically, after the fourth singer — who's good friends of ours still, but just weren't clicking musically — we were in Mexico playing a show at Cabo Wabo Cantina, Sammy Hagar's club. We went out for the night, and our singer at the time, I was just frustrated at him. I had a bunch of tequila in me, and that liquid courage just made me come back to the hotel, and Mark was back there, and I was like, [slurring] 'I wanna sing.' He's like, 'I know.' He just knew that in me, I kind of wanted to; I was just too afraid."

On the "wake-up call" he got from Vinnie Paul Abbott (PANTERA, HELLYEAH, DAMAGEPLAN):

Jonny: "We were walking back to the bus one day. I was pretty jaded, and he precedes me by, like, 20 to 30 years, and he's been doing it for a long time, so if anybody should be jaded, it should be him, not me. But I was just tired — we had been circling the globe a few times, and stuff at home had tension, and things were just rough. I looked at him as we were walking back and I was like, 'Man, be honest with me. Do you ever get tired or want to just be home and just quit, or get away from all this sometimes because it's too much?' He got real serious but lighthearted, and he looked me in the eye, and he's, like, 'Fucking no.' He goes, 'I fucking love this,' and the way he said it, it woke me up. It slapped the inner child in me in the face and was like, 'What the fuck are you thinking? You have the best job in the world, you idiot.' I was just so fatigued that I couldn't even appreciate it any more at the time, and I'll never forget that. I literally got tears in my eyes because that kid in me was awake again."