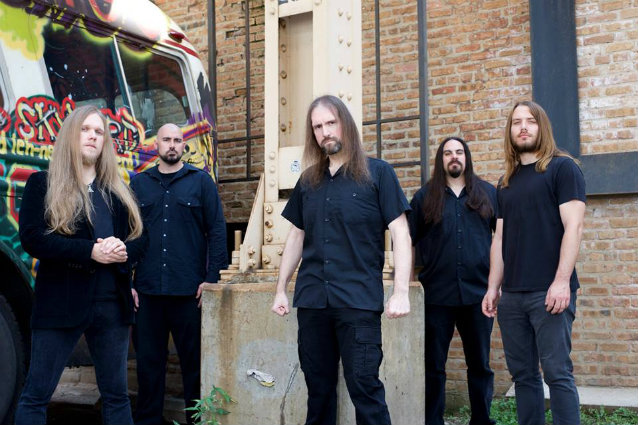 NOVEMBERS DOOM will release its tenth full-length album, titled "Hamartia", on April 14 via The End Records. The disc is available now for pre-order on iTunes, Amazon and Google Play.

Considered by the band to be their best work to date, "Harmartia"'s mastery is due in part to the synergy of its lineup, who constituted their previous album, "Bled White": Paul Kuhr (vocals), Larry Roberts (guitar), Vito Marchese (guitar), Mike Feldman (bass), and Garry Naples (drums).

Says Kuhr: "For the first time in this band's existence, we have the same lineup on two consecutive albums. Without the need to focus on a new element, we could concentrate on the writing process more clearly, and the synergy between the group is apparent in the end result.

"I actually mean it when I say in my own humble opinion, I truly feel NOVEMBERS DOOM have created our very best work to date. From the writing to the captured performances to the overall mix and sound of this album, 'Hamartia' is a logical evolution from 'Bled White' but adds some of the darker elements from 'The Pale Haunt Departure'. It's a NOVEMBERS DOOM album through and through, and hopefully others will share my enthusiasm once they get a chance to hear it."

Formed in 1989, NOVEMBERS DOOM is celebrating its 28th anniversary year, and "Hamartia" is a sonic testament to the band's legacy as one of the earliest U.S. dark and doom metal acts still active today.

The official lyric video for the song "Zephyr" can be seen below. 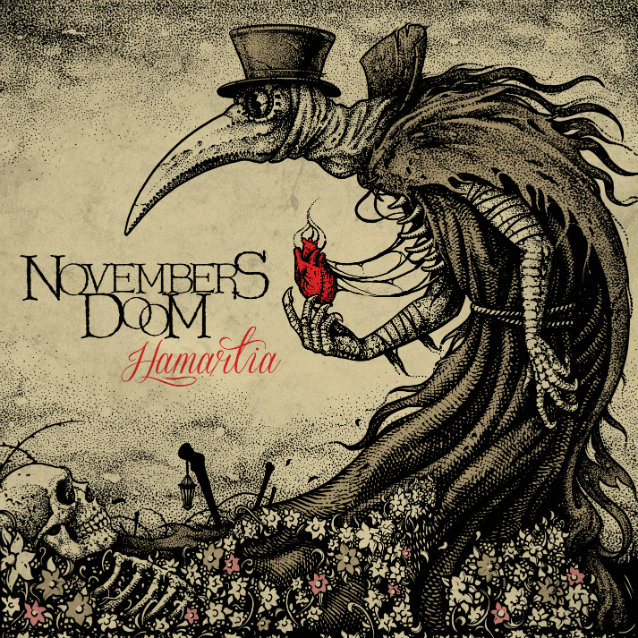