Capital Chaos has posted video footage (see below) of Florida death metal legends OBITUARY performing the song "Evil Ways" at The Boardwalk in Orangevale, California on September 26, 2008. Also on the bill were UNLEASHED, CARNIFEX, DAMAGE OVER TIME and JACK KETCH.

OBITUARY's latest album, "Xecutioner's Return", was released in the summer of 2007 via Candlelight Records. The CD was mixed at RedRoom Recorders and was mastered in June at Morrisound Studios in Tampa. The band once again worked with artist Andreas Marschall, who has previously created the art for "The End Complete" and the group's last record, "Frozen in Time". 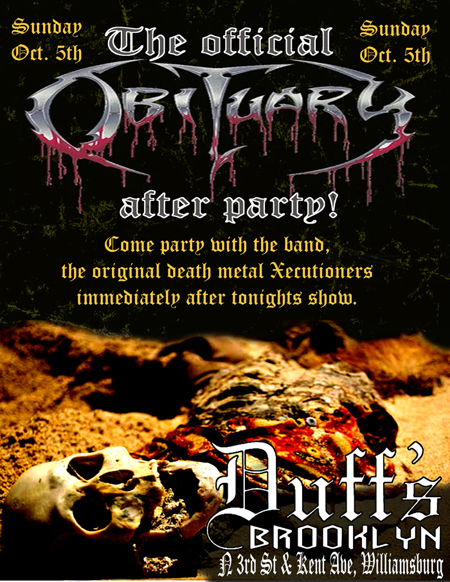