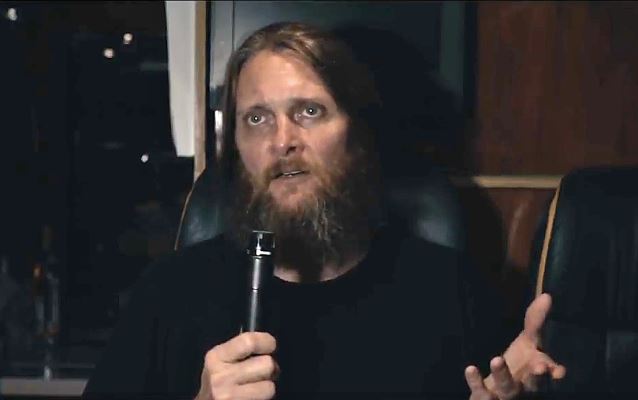 The Breathless Sleep and Jörmungandr Media conducted an interview with guitarist Trevor Peres of Florida-based death metal veterans OBITUARY on October 25 at Electric Ballroom in London, England during the band's "Battle Of The Bays" European tour with EXODUS, PRONG and KING PARROT. You can now watch the chat below. A couple of excerpts follow (transcribed by BLABBERMOUTH.NET).

On the progress of the recording sessions for the follow-up to OBITUARY's 2014 album "Inked In Blood":

Trevor: "Our new album is gonna come out, like, March-ish, in March. We just finished recording this, literally, before this tour started. In fact, there's some leads that still have to be finished, which we're doing in a hotel tomorrow. So the actual title… We haven't made a decision [what to] title the album yet. I think there's gonna be, like, eleven songs on the album, including 'Ten Thousand Ways To Die' [from the recently released single] — that song is gonna be on it, and another ten or eleven on top of that. The guy who recorded, Joe Cincotta — he's the one who did our live recordings — he's the one mixing the album right now; he's in New York mixing it. So every day he's been sending us different mixes, so it's really brutal."

On the songwriting process for the new OBITUARY album:

Trevor: "Compared to 'Inked In Blood', as far as composing and stuff, it's always kind of the same, as far as how we structure or start writing a song; it always kind of has been, from day one. It is more difficult to come up with something fresh and catchy and long-lasting. It's really strange, especially after writing music for thirty-something years now in my life. It's definitely difficult. In fact, when we did 'Inked In Blood', we spent four years, probably, composing and recording and re-writing and re-structuring and re-recording 'till we were, like, really satisfied."

On the recording process:

Trevor: "Recording an album, as far as the music goes, is probably the least fun part of music for me personally, because it's real tedious. You've gotta sit there, pay attention, focus, you've gotta perform perfect… Then you've gotta mix, and mixing the record is probably the worst thing for me. I've already my songs a thousand times, these new ones, and it's, like, 'Not again!' 'Cause, 'Wait! We've gotta tweak this one little thing.' And he's, like, ''Oh! Here we go again.' Obviously, when we were younger, with [producer] Scott Burns and Morrisound studios [in Tampa], it was probably a little more fun, because we were young, had more energy, didn't have families and [didn't have] to go home and take care of the kids and do all this stuff — we had less responsibilities, basically. So it was probably more fun then. But as far mixing, it's never been that fun for me; it's a lot of tedious [studio work]."

"Ten Thousand Ways To Die" is a special two-song single containing a pair of brand new studio tracks plus a bonus live set of twelve classics and fan favorites from the band's storied catalog. Recorded in eleven different cities during the band's highly successful 2015 "Inked In Blood" world tour, the live tracks capture the incredible performances of a band that has stood atop the death metal pantheon for almost 30 years.

"Inked In Blood" sold around 5,200 copies in the United States in its first week of release to debut at position No. 75 on The Billboard 200 chart. 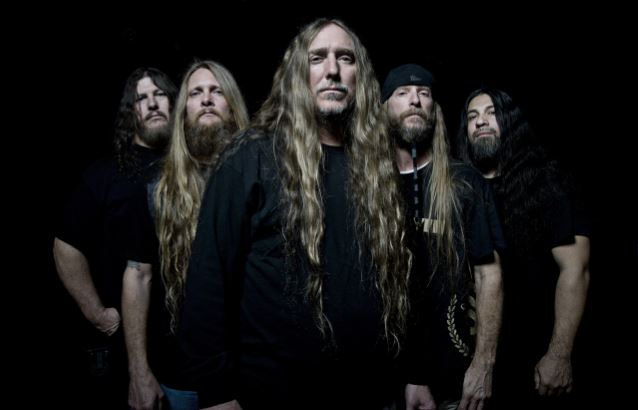