California rockers OF MICE & MEN have announced a North American headlining tour in the fall. Support on the trek will come from FOR THE FALLEN DREAMS, THOUSAND BELOW and BLOODBATHER. Dubbed "The Earth Tour", it will kick off September 23 in Los Angeles and end on October 19 in Mesa, Arizona.

OF MICE & MEN will release its new album, "Earthandsky", on September 27 via Rise Records. The disc will include the previously released tracks "Mushroom Cloud" and "How To Survive", as well as the newly issued single "Earth & Sky".

"'Earth & Sky' is a song about resilience," says frontman Aaron Pauley. It's about understanding that you can rise above whatever it is that keeps trying to drag you down, no matter what.

"For me, a lot of the time, I'm writing about battling with my own mind. For you, it may be a person, or an obstacle, or a circumstance," he continues. "Regardless of whatever it is that's trying relentlessly to drag you down, I hope this song empowers you to rise above it with authority, like it does me every time I sing it."

"How To Survive" marked the first taste of new music from the Southern California quartet since last year's much-praised "Defy" album.

In a recent interview, OF MICE & MEN drummer Valentino Arteaga expressed his enthusiasm for working with producer Josh Wilbur, whose credits include GOJIRA, LAMB OF GOD and SOULFLY. "He's a metalhead," Arteaga said. "We went with a metalhead producer because we wanted to make metalhead music.

"In a lot of ways, OF MICE & MEN is a metalcore band," he continued. "We're never going to escape whatever label we are. We really felt like we wanted to go in and make new music that was going to excite as us as the members OF MICE & MEN and fans of OF MICE & MEN and to really make music that from the bottom of our hearts, excited us and in our mind, would get the pits going.

"'How To Survive' is different just in the sense that it's bare-knuckle heavier. 'Defy' was fun in a very colorful way and across the spectrum of what we consider to be heavy music, whether it's emotionally heavy or drop-tuned heavy kind of shit. But, the collection of what we've got coming up, it's really exciting because it's heavy. [Laughs]

"We'll always be a heavy band," he added. "You can always count on us to do stuff like that. We realized we need to be the best and sickest OF MICE & MEN that we can be. Because if we won't do it, who will? We've got to do it."

"Defy" marked OF MICE & MEN's first full-length release without vocalist Austin Carlile, who left the group due to his ongoing battle with Marfan syndrome, a rare genetic disorder that afflicts the connective tissue holding the body's cells, organs and tissue together. 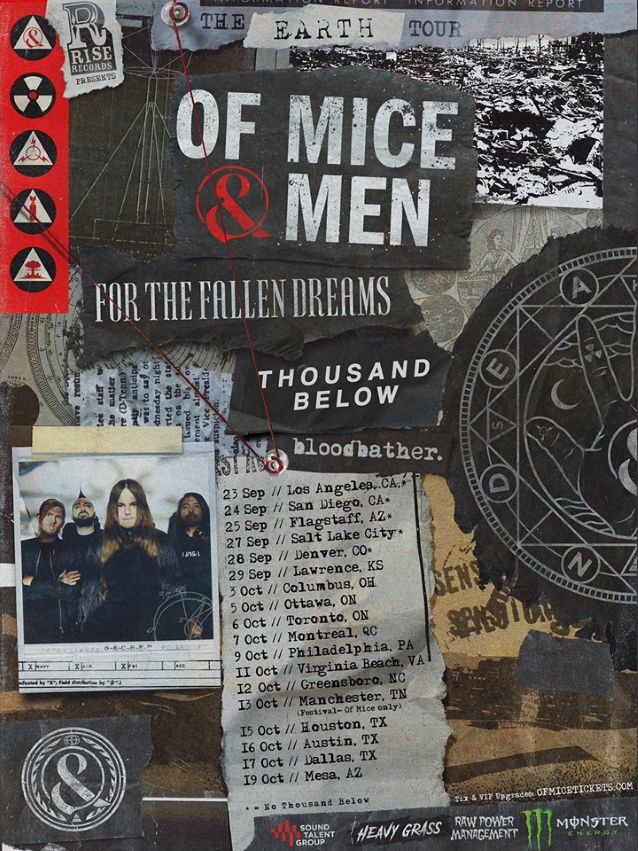