OF MICE & MEN Releases Music Video For 'How To Survive'

"How To Survive", the new video from OF MICE & MEN, can be seen below. The clip was directed by Zev Deans (DENZEL CURRY, GHOST).

Hinging on hard-hitting grooves and airtight riffing, the track snaps from visceral verses into an instantly chant-worthy growl of "In a world that teaches eye for an eye, I'll show you how to survive!" It's an instantly raw 'n' real, pit-stirring anthem.

"'How to Survive' is an anthem for those who have been the receiving end of unmerited and targeted hatred and abuse," said singer and bassist Aaron Pauley, offering a deeper insight into the impactful song. "It's for the kid who was bullied, beat up, and ignored in school. It's for the teenager who was told that they'll never amount to anything and that their thoughts, feelings, and opinions don't matter to the world. It's for the person who has been told that they're worthless, useless, or not good enough, time and time again. It's for the person who's repeatedly been targeted by those who only seek to tear others around them down."

He further stated: "This song is for them. This song is for me. I am them, and I'm still standing. So, turn it up. Feel the rage. If you, too, are that person, you will know it well, and it will greet you like an old friend."

OF MICE & MEN spent much of the fall hunkered down in the studio working on new material with producer Josh Wilbur.

"How To Survive" is the first taste of new music from the Southern California quartet since last year's much-praised "Defy" album.

OF MICE & MEN is currently on tour with NOTHING MORE. The band will next hit the road with BEARTOOTH in the spring and has just announced additional headline shows, which will take place throughout April and May.

"We're so excited to be on the road, playing our songs live for our fans, all around the world," said Pauley. "Having just recently completed our sixth album, we're ready to reconnect with our fans face to face and are ready to go places we've never been before, delivering our brand of rock and metal to the masses." 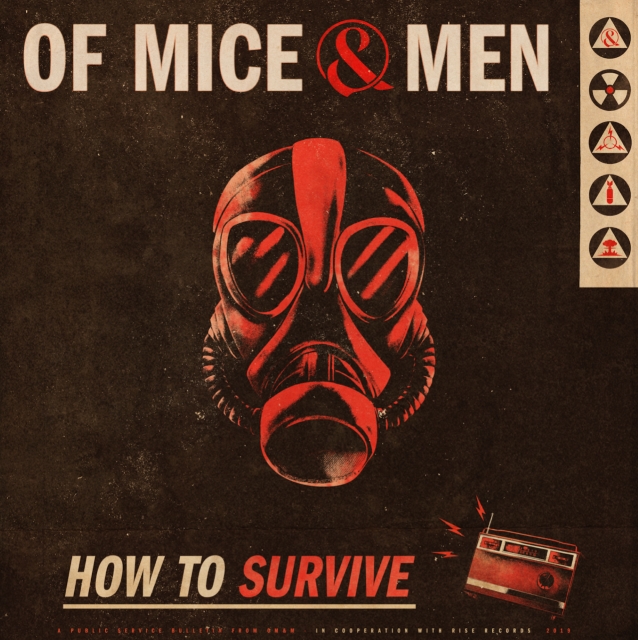