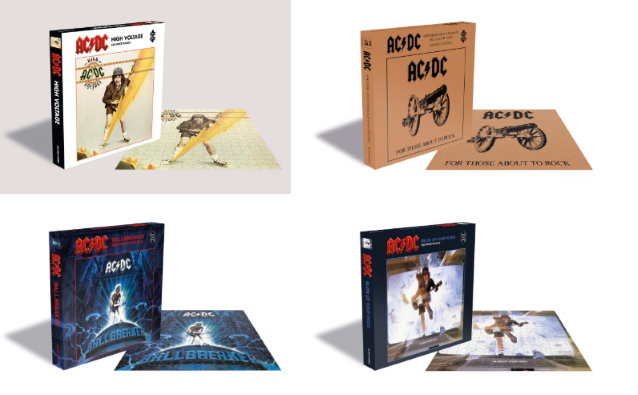 Official AC/DC Jigsaw Puzzles To Be Released In September

AC/DC will get the Rock Saws jigsaw puzzle treatment this summer.

Zee Productions will release four classic album covers — "High Voltage", "For Those About To Rock", "Blow Up Your Video" and "Ballbreaker" — as 500-piece jigsaws on September 4 via its Rock Saws imprint. The iconic arts of some of rock's most influential and highly regarded albums is presented in puzzle form for the first time ever. All puzzles come in a vinyl-box-set-sized box, perfect to fit alongside a vinyl record collection.