Apparel maker Middle Of Beyond has just released an officially licensed IRON MAIDEN holiday sweater. Made of 100% acrylic, it is black, dark grey, light grey, red, tan, and white in color and is decorated with an Eddie central image and a repeat pattern. It can be purchased for $85 at this location.

The market for ugly Christmas sweaters is so large that several stores even exist solely for the purpose of selling the festive apparel.

"Ugly is the new beautiful this Christmas especially when it comes to sweaters," said Mindi Kahn of That Ugly Christmas Sweater Store in Dallas, Texas. "What was once considered a hipster holiday fad is now becoming a regular yuletide tradition."

According to the "Ugly Christmas Sweater Party Book: The Definitive Guide To Getting Your Ugly On", the popularity of parties celebrating the garish garments began around 2001.

Middle Of Beyond is an independently owned and operated company created by tattoo artist Ezra Haidet. 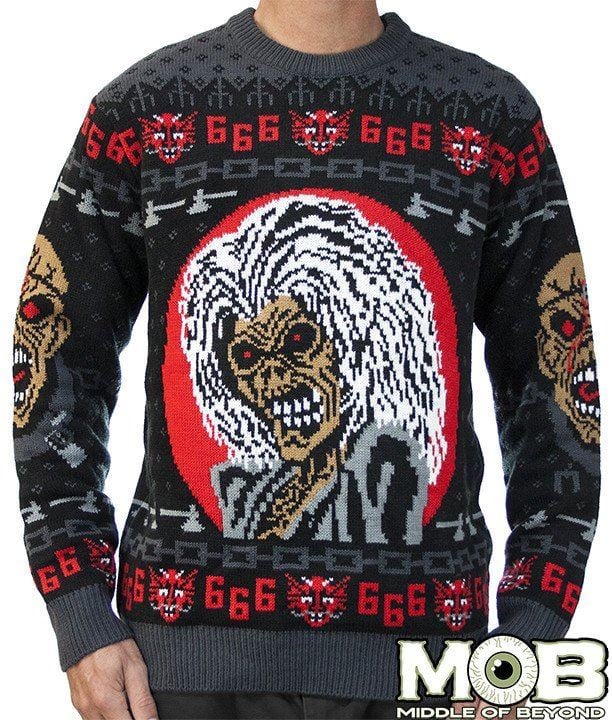