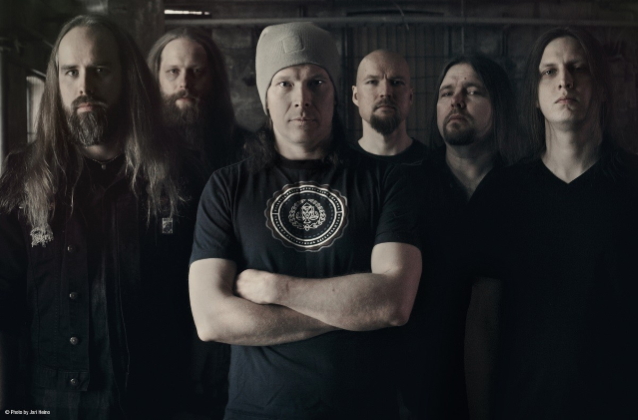 Finnish melodic death metallers OMNIUM GATHERUM have recruited Nick Cordle (ex-ARCH ENEMY) to play guitar for the band starting with their appearance on this year's 70000 Tons Of Metal cruise. He will also perform with the group when they hit the road in North America in March/April as the support act for fellow Finns INSOMNIUM.

"Nick have been filling-in too in INSOMNIUM two US-tours playing alongside Markus Vanhala, so the magicianship between these two misters have been already well tested and well crafted - come and check out!"

Nick Cordle (ex-Arch Enemy) will jump in to Omnium Gatherum collective as a stunt ninja...