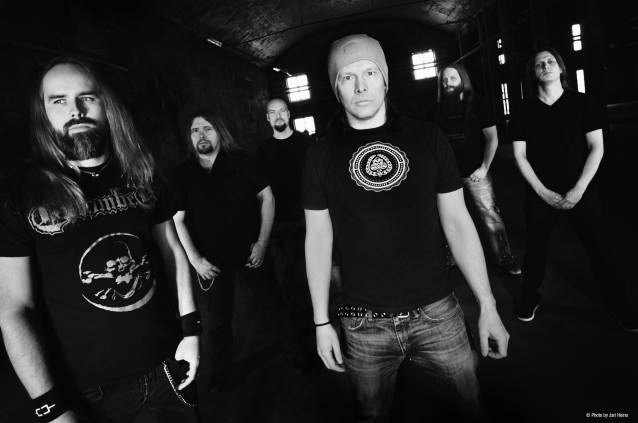 OMNIUM GATHERUM To Release 'The Burning Cold' Album In August

"I've been extra busy with all the touring in the past year(s) and I truly don't know when and where I got these songs made. They somehow wrote themselves indeed. We got some really good kick-ass songs and fresh tunes made up and 'The Burning Cold' has a really honest feeling in it. Fresh rebirth of OMNIUM GATHERUM!

"We are honored to kick off this album cycle with a pre-release show for the new album at one of our favorite festivals in the field, Summer Breeze. You can hear debut live shots of some of the new songs there, so be sure not to miss all this excitement, new glory and fresh mistakes!"