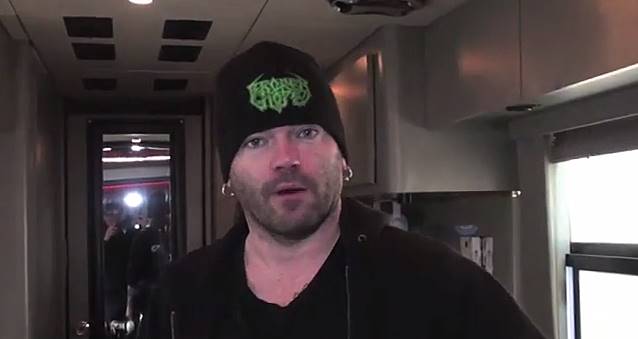 On The Tour Bus With BROKEN HOPE (Video)

Digital Tour Bus, which gives fans "an all-access pass" to the tour buses that their favorite bands travel in, has posted its latest "Bus Invaders" episode, focusing on reformed death metallers BROKEN HOPE. The nine-minute clip, which was filmed April 4 in Joliet, Ilinois, can be seen below.