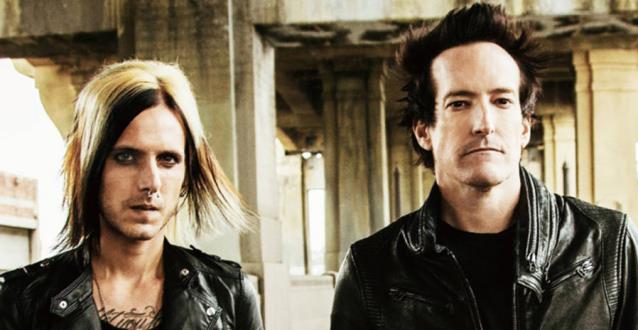 Richard Patrick and Jonny Radtke of the modern rock band FILTER are featured in the latest episode of "Bus Invaders". Shot on June 22 in Hammond, Indiana during the Summerland Tour 2013 with EVERCLEAR, the clip — which can be seen below — features Patrick and Radtke giving a tour of FILTER's bus.