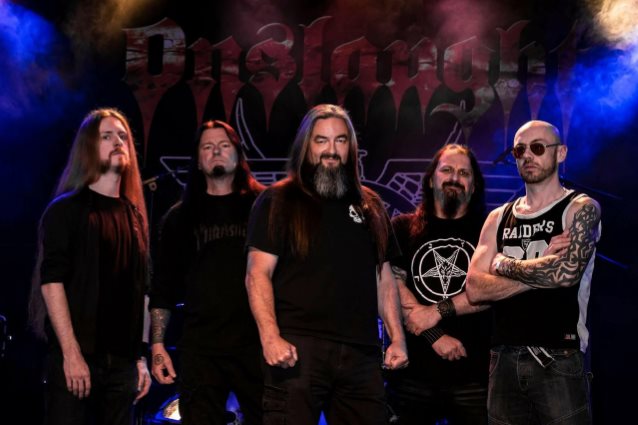 ONSLAUGHT will become the first international thrash metal act to play in Lebanon on June 10. The band's appearance at The Station venue in Beirut will be a special climax to "The Force 30th Anniversary" world tour, which kicked off in November 2016 with dates in United Kingdom and Ireland.

Commented ONSLAUGHT guitarist Nige Rockett: "This is something really special for us and a huge honor for ONSLAUGHT to be invited to perform in Lebanon. We have no idea what to expect, but I know it's gonna be another crazy, amazing adventure."

Having recently returned from the hugely successful Latin America leg of the tour, where the band played nineteen shows in nineteen days across eleven countries, the band next head to Russia for two shows in St. Petersburg (Backstage club on March 17) and Moscow (Brooklyn Hall on March 18).

While in Brazil, ONSLAUGHT recorded a brand-new 360-degree, interactive promo video of a pre-tour rehearsal at Tellus Studios in Rio De Janiero, where it's rumoured that the band will record tracks for a new album in the not-too-distant future.