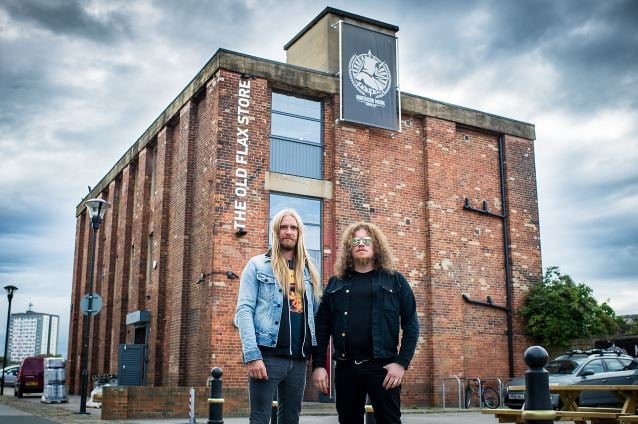 Limited to just 1,700 660ml bottles, the 9.2% "XXV Anniversary Imperial Stout" is a one-off brew. Descended from the strongest Stout Porter brewed in Britain in the 18th Century, it's brewed with ten different malts for uttermost complexity of flavor — big, dark and full in mouthfeel, expect roasted flavors with underlying notes of rich chocolate, cinder toffee and coffee. Designed to sip slowly and share with friends, drink one now and save one as the flavors will develop over time.

The Northern Monk Brew Co. opened in late 2014 in Holbeck, Leeds and has quickly established itself as producing some of the most high-quality and exciting beers in the U.K. with their New World IPA, Northern Star Mocha Porter and Eternal Session IPA. Following collaborations with the likes of Brew Dog, Saltaire Brewery and Weird Beard, working with a band such as OPETH, who shared similar ideals when it came to their "craft," made perfect sense. Members of the band visited the brewery recently and the collaboration began.

Russell Bisset, founder of Northern Monk Brew Co., comments: "We're big metal fans at Northern Monk and OPETH is often the soundtrack to our brewing. When the opportunity to work with the band came up, we jumped at the chance.

"OPETH have been taking the same progressive and quality-driven approach to music that we have to beer for the past 25 years and it was great to work with them.

"Our aim was to make one of the most bold and forward-thinking brewery and band collaborations ever. We got together at the brewery tap room and tasted our range of beers with them and together came up with a couple of recipes."

As a fan of quality beer himself, OPETH frontman Mikael Åkerfeldt has also expressed his excitement. "Even if we're musicians firstly, we're beer drinkers secondly. Kind of. Let me rephrase: We love beer. We love good beer. We've turned into culinary connoisseurs of late. Not too much snobbery, however. We just love good food and drinks. So when we were approached by the fantastic Northern Monk brewery to do a OPETH signature beer, we simply could not turn it down. But believe me, we've turned down zillions of offers to do alcoholic beverages with the OPETH logo on it.

"Northern Monk are great. They have great ideas and make great beer. They even invited Fredrik [Åkesson, guitar] and Axe [Martin Axenrot, drums] down to the brewery for a walkthrough of their premises in Leeds. Needless to say, they got both of them drunk, but we also managed to get our own brand of signature beer down to a tee. And Axe and Fredrik know their beer, from years of over-indulging. And now it's ready. One is a top-of-the-line Imperial stout that can be matured up to about 25 years. We'll also have a lovely pale ale out in early 2016.

"I know we're not the first band to do our own beer, and not the last.

"All I know is that it's a top-quality beer and I will certainly enjoy having my own little stash in the cooler for Christmas. Cheers! (Clonk!)"

The "XXV Anniversary Imperial Stout" is available now priced at £12 with a pale ale to follow in 2016. Order online at this location. 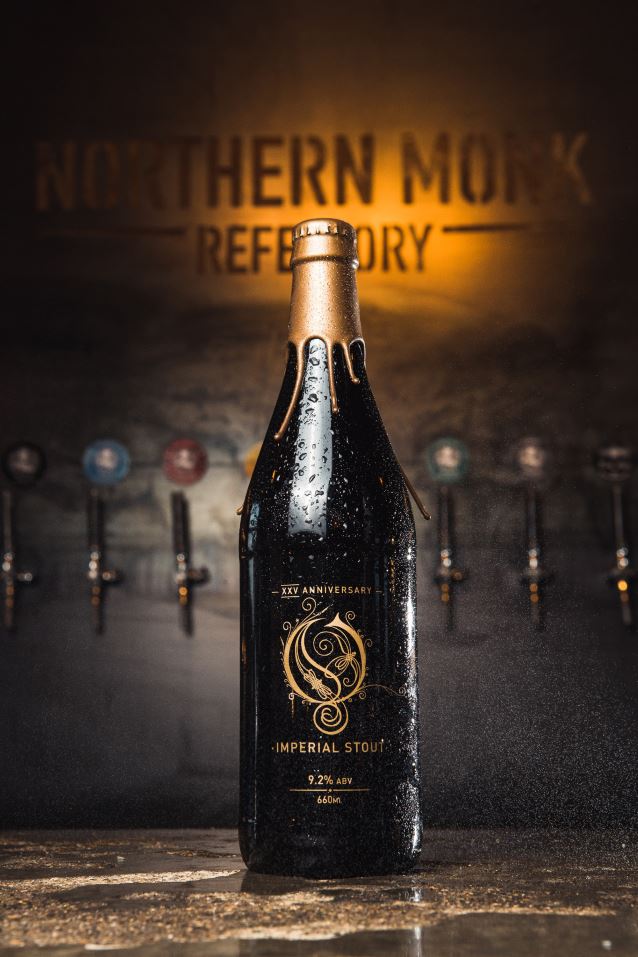