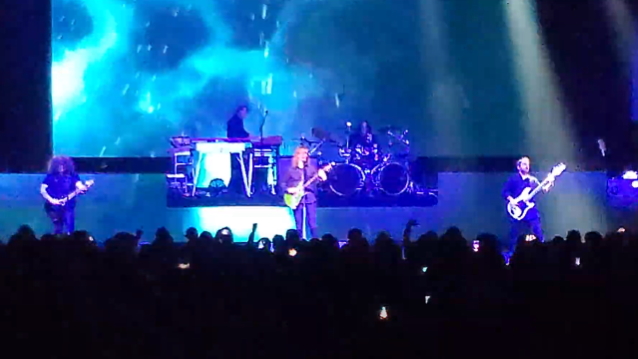 OPETH played its first show with drummer Sami Karppinen (THERION) Tuesday night (November 16) at ExploreAsheville.com Arena in Asheville, North Carolina at the opening date of the band's tour with MASTODON and ZEAL & ARDOR. Fan-filmed video footage of the concert can be seen below.

Karppinen stepped in to play with OPETH after the Swedish progressive metallers parted ways with their longtime drummer Martin "Axe" Axenrot due to what they called "a conflict of interests."

When Axenrot's exit was first announced earlier yesterday, OPETH frontman Mikael Åkerfeldt said in a statement: "However sad it is to not have Axe in the band anymore, we're not in a position to linger on anything that is going to hold us back. We need to soldier on. 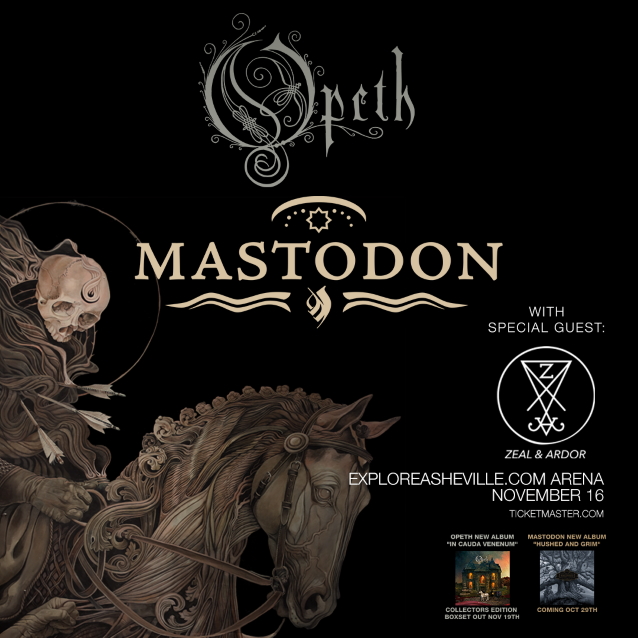