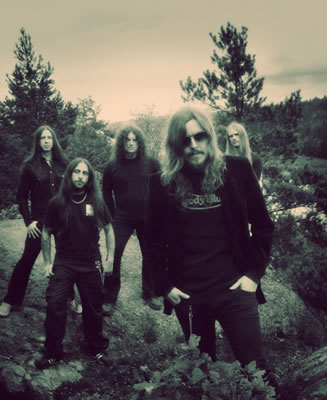 Swedish progressive metallers OPETH are commemorating their twentieth anniversary by playing six exclusive shows that are taking place across the globe in Stockholm, Sweden; Essen, Germany; Paris, France; London, U.K.; New York City and Los Angeles. At each show, OPETH is performing two sets. The first set features the band playing its breakthrough epic "Blackwater Park" in its entirety. The second set consists of mixed material from the band's extensive catalog. The band is playing for over two hours at carefully selected venues in order to achieve an element of intimacy and exclusivity, and an overall "You had to be there" vibe!

OPETH's setlist for the April 7, 2010 concert at Terminal 5 in New York City was as follows:

A review of the concert, including photos, can be found at Brooklynvegan.com.