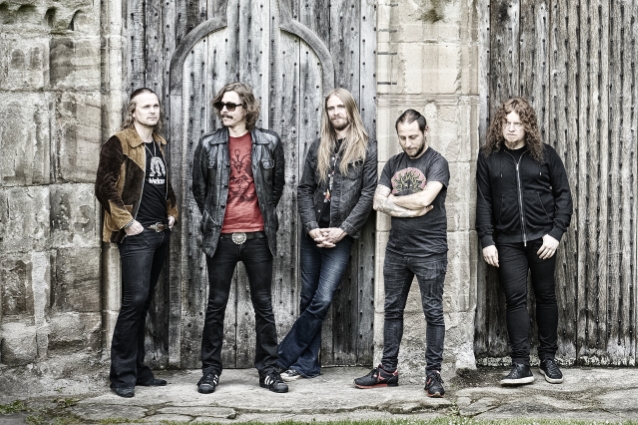 OPETH To Release 'Garden Of The Titans: Live At Red Rocks Amphitheatre' In November

Swedish progressive metal veterans OPETH will release "Garden Of The Titans: Live At Red Rocks Amphitheatre" on November 2 via Moderbolaget Records/Nuclear Blast Entertainment. This historic event was captured for the DVD, Blu-ray and vinyl formats during the band's May 11, 2017 performance at the Red Rocks Amphitheatre in Denver, Colorado. Both the DVD and Blu-ray formats include CDs containing the audio as well.

Listen to the first single, "Sorceress", below.

Video footage for "Garden Of The Titans" was overseen by The Deka Brothers (CARPENTER BRUT, THE PRODIGY) and audio was mixed by David Castillo (KATATONIA, BLOODBATH). All versions feature the masterful artwork of revered artist Travis Smith (NEVERMORE, KATATONIA, TESTAMENT).

OPETH guitarist Fredrik Åkesson recently told FaceCulture that the band has commenced the songwriting process for the follow-up to 2016's "Sorceress" album. "We're very much into the demoing," he said. "I've recorded a lot of solos so far. And Mikael [Åkerfeldt, guitar/vocals] has almost already written 12 songs for the new album, so we have more material than enough for an album. But I think we will at least try to finish 15 songs. So hopefully we'll work on song ideas very soon."

According to Åkesson, OPETH is hoping to release its 13th studio album in the first quarter of 2019. "I'm not sure if it's gonna happen, but we're working towards that, and the songwriting goes very well," he said. "Mikael has been very productive these last… since January, basically. We did the last touring for 'Sorceress' in November."

Regarding the musical direction of the new OPETH material, Fredrik said: "Compared to the last three albums, I would say, if I can reveal anything, this album is more complex, more energetic, and I think it's gonna be something."

Åkesson went on to say that OPETH always tries to explore new ground with every album and it isn't overly concerned with how its music will be received by its fans. "The first filter is the guys in the band, I would say," he said. "If we enjoy it, we can only hope that people that enjoy listening to OPETH will enjoy it; that would be nice. But if we're happy with it, we will release it; it's quite simple. I think this is kind of a Mikael question in a way, since he's the creative director for the band, so I know, speaking for him a little bit here, that he always tries to push everything into something new. And I think people will enjoy this new album."

"Sorceress" was released in September 2016. For the band's first effort for Nuclear Blast via OPETH's imprint label Moderbolaget Records, the group returned to Rockfield Studios in Wales, also home to pivotal releases from QUEEN, RUSH and JUDAS PRIEST, where the Swedes had tracked "Pale Communion" in 2014 with Tom Dalgety 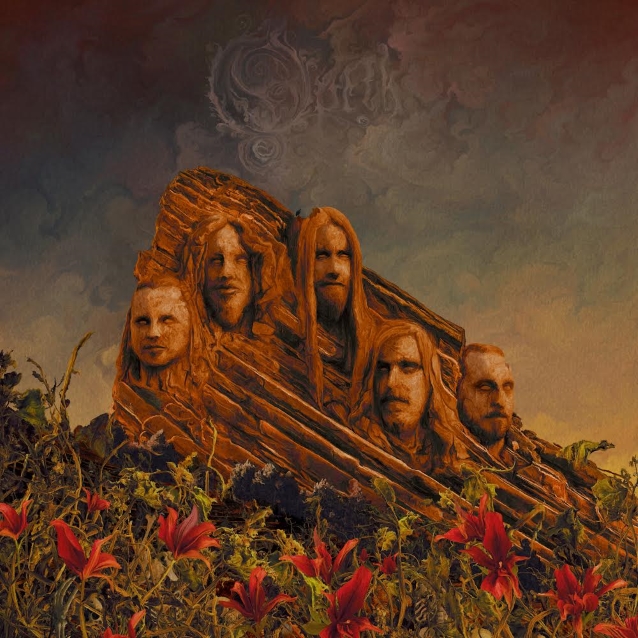