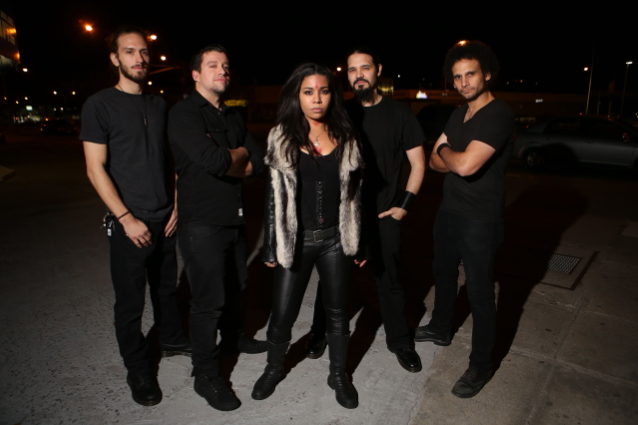 New York's blackened, death metal juggernaut ALEKHINE'S GUN has released a new single, "Ngepar Chiwa" (Certain Death),from its forthcoming EP, "Year Of The Lazarus". It is the second track to be made available from the EP, following "21", which came out in June.

Commenting on the inspiration for "Ngepar Chiwa", Pimentel states: "Ngepar Chiwa: A brief and effective meditation on death. Death is the one common denominator that pervades all existence. As most of us get bogged down with all the worldly goals, desires and fears of human life, how often do we sit and contemplate our own death? In Tibetan Buddhism, we focus, meditate on and practice our own death on a daily basis. Nothing in this world is yours. Even your own body will betray you. At the moment of death, you will lose everything. This moment can come at any time. Constantly reminding yourself of your impermanence causes a radical shift in one's mind stream freeing you from attachments, hatred, greed and fear which cause daily suffering and helps you reevaluate what is truly important. By becoming friends with death, we are able to live a more perfect life. By eliminating the fear of the unknown, we can have a peaceful death, which not only benefits ourselves by helping us to easily reach our next plane of existence properly but helps ease the minds and suffering that we cause by our departure from those who love us."