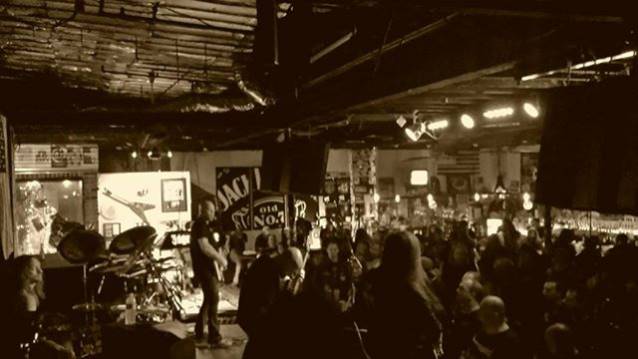 Florida death metallers ORDER OF ENNEAD, who feature in their ranks members of DEICIDE and Sebastian Bach's band, are preparing to enter FHU Productions in Seminole, Florida to record an as-yet-untitled EP.

The track listing for the new effort will be as follows:

01. Identifying The Faults Of Perception
02. An Offering Of Reason
03. The Spectre
04. In A Silence Eternal
05. Our Human Frailty

ORDER OF ENNEAD recently played the Metal For The Military benefit show, which was held at the Crowbar in Tampa, Florida. Also performing at the event were DEICIDE, PATHS OF POSSESSION, DARK DISCIPLE, DEADLIFT, NAHKHIEL, FORGED WITH BLOOD and comedian Damien Figler.

ORDER OF ENNEAD's previous releases include the 2008 self-titled album and 2010's "An Examination Of Being", both of which were issued through Earache Records.

Find more on Order of ennead