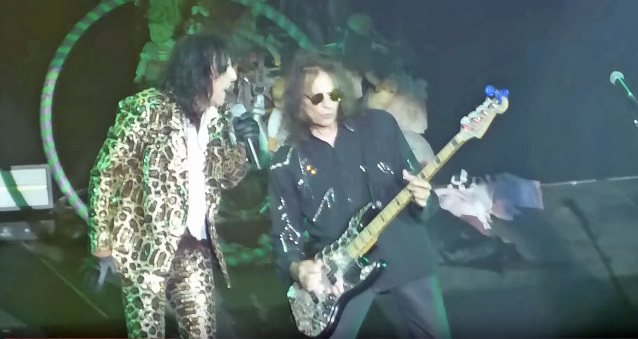 Three members of the original ALICE COOPER band have joined him on tour in the U.K., returning to the shores 46 years after they first shocked and enthralled fans on their historic 1971 tour.

Fan-filmed video footage of bassist Dennis Dunaway, guitarist Michael Bruce and drummer Neal Smith performing with Cooper on November 11 at First Direct Arena in Leeds, England can be seen below.

The three musicians previously played a five-song mini-set with Cooper in May in Nashville, Tennessee.

This followed the announcement that his latest album — "Paranormal", released this past July on earMUSIC —include stwo new recordings written and recorded by the original lineup ("Genuine American Girl" and "You And All Of Your Friends").

In Nashville, they were joined by current band member Ryan Roxie filling in for the late Glen Buxton on guitar. The band ripped through "I'm 18", "No More Mr. Nice Guy", "Muscle Of Love", "Billion Dollar Babies" and then closed with "School's Out", bringing back current band members — drummer Glen Sobel, bassist Chuck Garric, and guitarists Nita Strauss and Tommy Henriksen — for a grand finale.

Alice said: "When the original band broke up in 1975, there was no bad blood, there were no lawsuits — we had just burned out the creative process. We had gone to high school together and had recorded something like five platinum albums in a row. We were never out of sight of each other for ten years. Everybody just went their own way. Neal, Dennis and I always stayed in touch. Mike disappeared for a while and Glen Buxton passed away in 1997, which was a big blow. But last year Neal called me up and said, 'I have a couple of songs.' I said, 'Great. Bring 'em over.' Then he said Mike was stopping by, so I had them come to my house and we just worked on a few things for a week. Then Dennis called up and said, 'I got a couple songs.' So, I thought, 'Hey, let's do this!' When you listen to the record, it just fits right in." 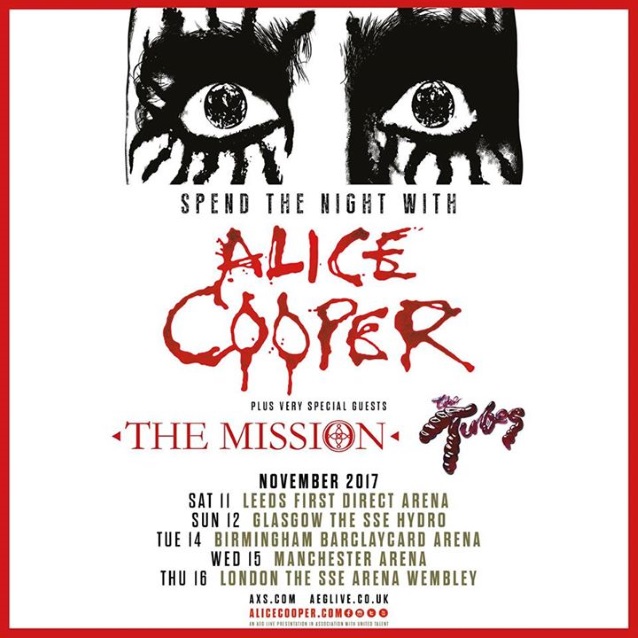