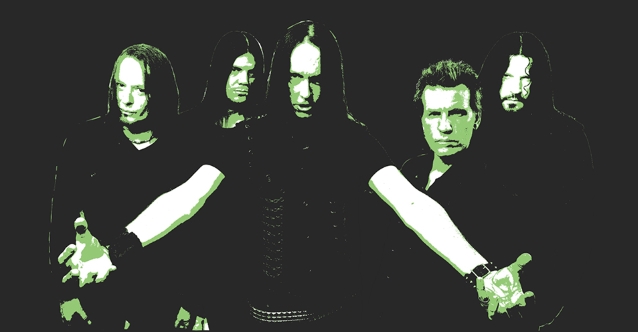 BLACK EARTH — the project featuring former and current members of ARCH ENEMY performing material from the latter band's first three albums live on stage — has recorded two new songs that will be included on an upcoming collection of remastered tracks from those early LPs.

Speaking to Japan's "Masa Ito's Rock TV", ARCH ENEMY guitarist and main songwriter Michael Amott explained how the new music came about. "Together with Trooper Entertainment, we've put together a compilation of our favorite tracks from the first, second and third album that featured these guys — with Johan [Liiva on vocals] and Chris [Amott on guitar] and everything," he said (see video below). "And we've put together a compilation album of that '90s material. It's been remastered here in Japan. I actually attended the mastering session last week, and it sounds incredible. It really brought the old tracks… it gave them a new life. And then we actually recorded two new songs in Sweden. So we've been quite busy with that."

BLACK EARTH completed its first Japanese tour in May 2016 and will return this coming May to celebrate the 20th anniversary of "Burning Bridges".

"When we did the tour in 2016, the reaction was incredible — we had so many sold-out shows, and [we got] very, very strong feedback and a lot of love from the Japanese audience," Michael told "Masa Ito's Rock TV". "So that was really an incredible time for us and a wonderful experience — one of the highlights of my career, I think. So we decided to come back and do it again three years later. And now we're doing it in more cities. So we're looking forward to visiting these places and bringing the music to the fans that normally maybe could not travel to Tokyo or to Osaka to see a show." 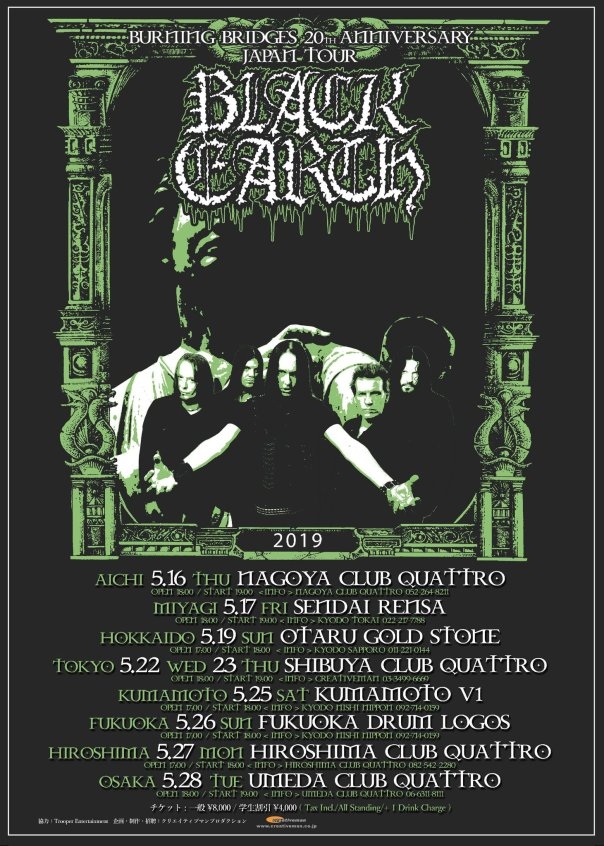