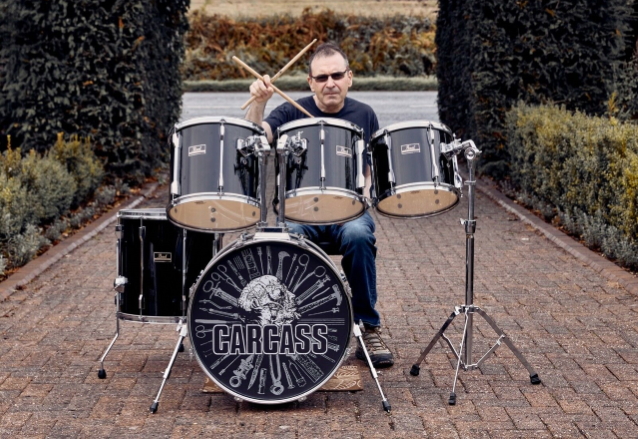 Original CARCASS drummer Ken Owen is auctioning off his drum kit which he used on, among other recordings, the band's classic albums "Necroticism - Descanting The Insalubrious" (1991) and "Heartwork" (1993). The purpose of the auction is to raise funds for Ken to buy a new computer to enable him to carry on creating music. Included with the drum kit is a framed certificate of authenticity signed by Owen, a framed photo of Owen signing the certificate, a framed photo of Ken behind the drum kit, and a framed CARCASS t-shirt as worn by Ken in the photos.

In February of 1999, Owen suffered a near-fatal brain hemorrhage, leaving him in a coma for over 10 months. As a result, he is unable to play the way he used to. When CARCASS reunited in 2007, the drum stool was filled by Daniel Erlandsson and later Daniel Wilding.

Ken reportedly gave his approval to bassist/vocalist Jeff Walker and guitarist Bill Steer to continue with CARCASS and was supportive during the recording process of the band's 2013 comeback album "Surgical Steel".

Walker told Metal Underground in a 2014 interview: "We did rehearsals with Ken. Ken had come on stage and had done some drum solos. So there's no real baggage about if Ken is no longer involved because from 2008 to 2010 we included him as much as we could in CARCASS.

"Bill actually went to see Ken to tell him that we were in the process of doing an album and Ken's response was, 'I thought you guys would have done it sooner,' so as you can see, we got a Ken's blessing to do this.

"We were definitely aware of what makes CARCASS tick and Ken was a large part of that, so we have done our best to pay homage to the spirit of Ken."

The title of CARCASS's latest album, "Torn Arteries", references an old demo created by Owen back in the 1980s. 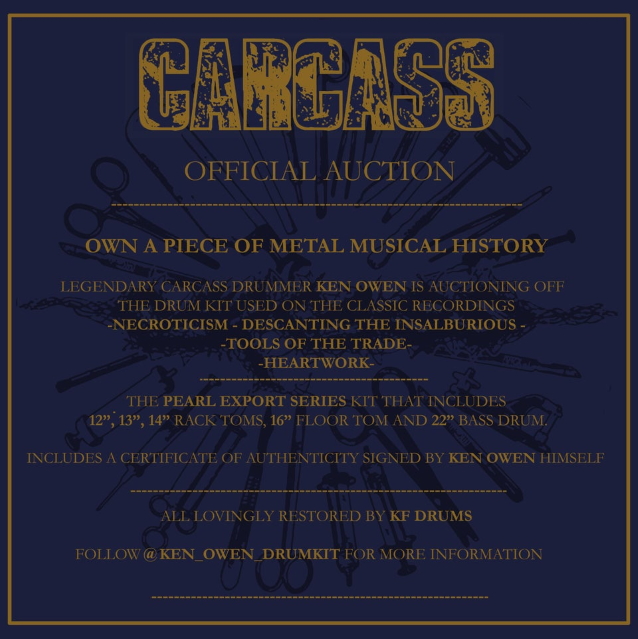