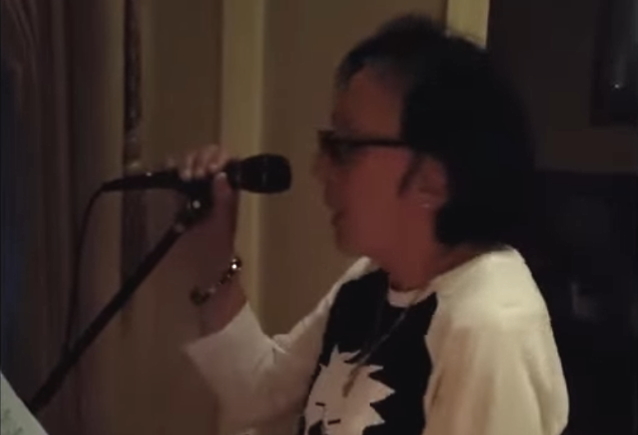 To celebrate the arrival of the new year, original KISS drummer Peter Criss has shared a new version of the band's song "Dirty Livin'". The four-minute video, which can be seen below, was apparently filmed at Peter's home and features the 77-year-old musician singing along to a pre-recorded instrumental track.

According to Kissmonster, "Dirty Livin'" is the only song on KISS's 1979 album "Dynasty" on which Criss drums, with the rest of the album being the work of session drummer Anton Fig. "Dirty Livin'" had originally dated to 1972 and was written by Stan Penridge and Peter while they were in their post-CHELSEA band LIPS.