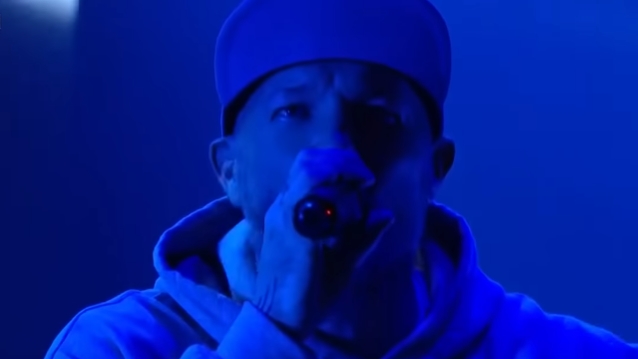 LIMP BIZKIT will play a special a $3 concert on Tuesday, March 5 at the Troubadour in West Hollywood, California.

According to the band's official Instagram, LIMP BIZKIT's "original lineup" will appear at the show, with tickets going on sale tomorrow (Friday, March 1) at 3:00 p.m. PST.

LIMP BIZKIT recently returned to the studio to resume recording a new album.

Since the arrival of "Gold Cobra" more than seven years ago, LIMP BIZKIT issued four singles and promised to release a full-length collection of new material called "Stampede Of The Disco Elephants". That LP never surfaced.