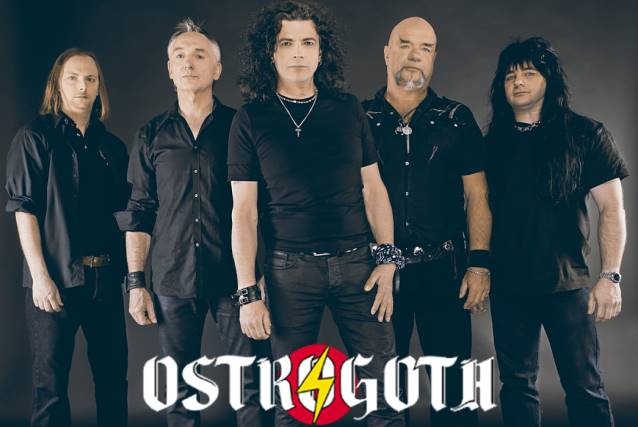 According to AllMusic, OSTROGOTH released a string of albums through the Mausoleum label beginning in 1983, but the band's origins can actually be traced all the way back to the mid-'70s, when they began working their way through several lineups and various musical styles. It wasn't until vocalist Marc De Brouwer and guitarist Rudy Vercruysse joined Hans Van de Kerkhove (guitar),Marnix Van de Kauter (bass) and Mario Pauwels (drums) in 1981 that OSTROGOTH settled on a signature formula informed by the New Wave Of British Heavy Metal and burgeoning Continental European success stories like the SCORPIONS and ACCEPT.