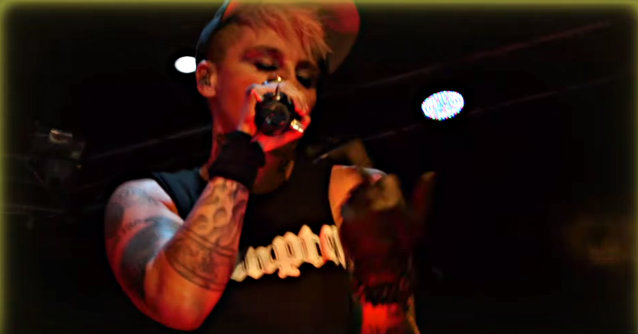 Singer, poet, illustrator, author and activist Otep Shamaya shook things up at SXSW this past weekend by dropping her latest artistic protest of mounting regressive political actions. She took a further stand for equal rights with the world premiere of her band's empowering new music video for the heavy, rap-influenced track "Equal Rights Equal Lefts".

Fans at Colours Couture's SXSW fashion showcase presented by 3Thirteen Entertainment Group this weekend were treated to the video (directed by Aleks Rastovic) for the first time during OTEP's headlining set. After the premiere, OTEP posted the video on her YouTube channel for the world to see. Watch it below (**Warning: Portions of this video are NSFW**).

"I wrote this song to celebrate and empower all people to live their authentic selves, to live their truth, and to fight for their right to exist," Otep says. "Every day the LGBTQ community faces bigotry, bullying, ridicule and legislative attacks. We are not 'the other.' We are your friends, your family, your neighbors, your coworkers, your doctors, nurses, soldiers and fellow Americans. Simply put, this song and this video are about love and equality."

OTEP will wrap up the first leg of its "The Resistance" world headline tour this week.

The band is touring in support of its most recent full-length release, "Generation Doom", which hit stores in April 2016 via Napalm Records.