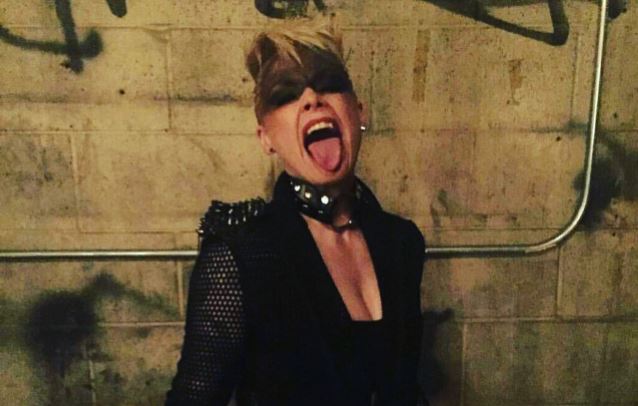 OTEP, the band led by singer, poet, illustrator, author and activist Otep Shamaya, will release its seventh studio album, "Generation Doom", on April 15 via Napalm. The CD was produced by Howard Benson, who has previously worked with such acts as MOTÖRHEAD, PAPA ROACH, THREE DAYS GRACE, FLYLEAF, P.O.D. and HALESTORM.

The song "Lords Of War", taken from "Generation Doom", can be streamed using the SoundCloud widget below.

About the song, Otep Shamaya says: "'Lords Of War' is a cry of defiance against the ever-encroaching military industrial complex, against police brutality, against tyranny in politics, against CAFOs, against the injustices our people face on a daily basis. Revolution is the opiate of the artist. We'd rather be in battle than at peace. We'd rather be a wolf than a sheep. They've had their chance to reign. But this is our time, our moment. We are generation doom."