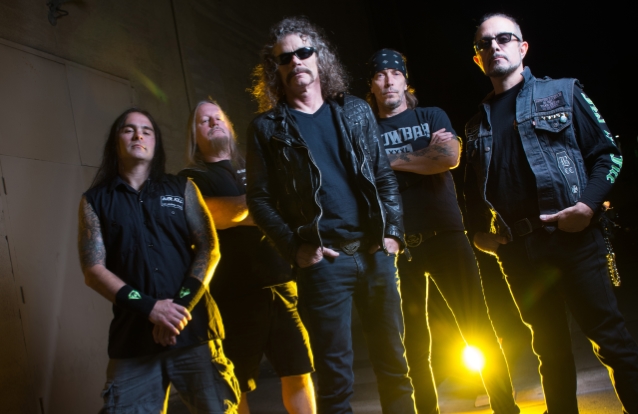 Speaking to SiriusXM's "Trunk Nation" earlier today (Wednesday, October 10),OVERKILL bassist D.D. Verni stated about the band's plans for the coming months: "We actually just finished mixing the new record — just buttoned it up two days ago. I just got the final sequencing and all that, so that's all buttoned up. We're working on the cover now. We still don't have a title — we're gonna have to come up with that soon — but we have a lot of things floating around. And the new release will probably be in February. The first week of March we're on tour back in Europe, and then we're back here in the States — we're working on the States tour right now. So that'll come out end of February next year, and then we'll be off and running; there'll be a lot of OVERKILL touring — festival season in the States, in Europe, back and forth, all over. The usual routine — try to hit everywhere."

OVERKILL released the "Live In Overhausen" DVD and Blu-Ray on May 18 via Nuclear Blast. The set was recorded more than two years ago in Oberhausen, Germany, where OVERKILL celebrated the 25th anniversary of "Horrorscope" and 30th anniversary of "Feel The Fire" by performing both albums in their entirety.