This is not just a classic tribute record — bands like OVERKILL, DESTRUCTION, MONSTER MAGNET, UGLY KID JOE, MONSTER MAGNET and ONSLAUGHT are playing their favorite songs. The master himself, Lemmy, is on this record with three tracks — a fine version of one of the greatest QUEEN songs, "Tie Your Mother Down"; "Love Me Forever", a duet with Doro Pesch; and a great rare track, "Rock City Night", that he did with Richard Kruspe from RAMMSTEIN. The tribute also includes exclusive new songs, "Killed By Death" by German rockers KÄRBHOLZ, and "Burner", performed by German thrash heroes PERZONAL WAR. BLACK EXPLOSION from Sweden closes out this extraordinary compilation with "Location 9", inspired by early HAWKWIND days. 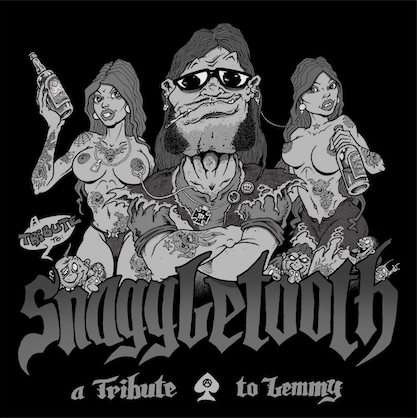