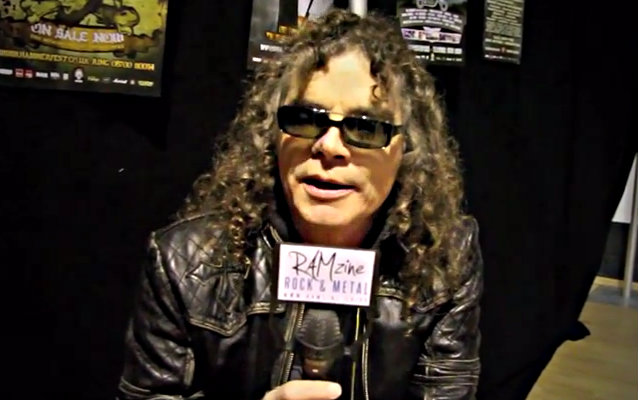 On March 14, RAMzine conducted an interview with vocalist Bobby "Blitz" Ellsworth of New Jersey thrash metal veterans OVERKILL at this year's Hammerfest, which was held at Hafan y Mor Holiday Park, Caernarfonshire and Merionethshire, Wales. You can now watch the chat below.

OVERKILL will release its new album, "White Devil Armory", in July in North America via eOne Music and in Europe through Nuclear Blast Records. The effort was tracked at Gear Recording and will be mixed by Greg Reely, who also worked on 2012's "The Electric Age".