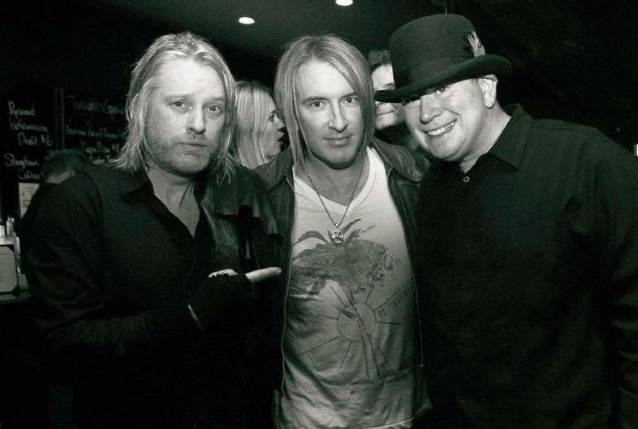 Los Angeles hard rock trio OWL takes a moment to explore the manifestation of dreams and desires on its potent and powerful new video, "Believe".

OWL is the highly personal creative vehicle of vocalist/bassist Chris Wyse, longtime bassist for THE CULT and member of Ace Frehley's band, along with drummer Dan Dinsmore (THE CLAY PEOPLE) and recently returned guitarist/vocalist Eric Bradley. Wyse and Dinsmore formed their first band together as teenagers in upstate New York, and have maintained a working version of OWL over the years, even as Wyse's star ascended as a bassist following his move to Los Angeles.

The band's new song, "Believe", explores the real act of materializing one's beliefs and taking control of destiny. Recorded between Wyse's tours with Ace Frehley and the HOLLYWOOD VAMPIRES, the track is the first new recording in over ten years to include original guitarist Eric Bradley, who first met Wyse when they played together in the Jerry Cantrell band.

Camping out at Albany's Overit Studios, the trio utilized a live recording approach, and Wyse pushed the boundaries of integrating an upright bass and bow into the band's music in innovative ways.

Currently touring the world with the HOLLYWOOD VAMPIRES, Wyse is excited about the future of OWL and the prospect of further uninhibited creation.