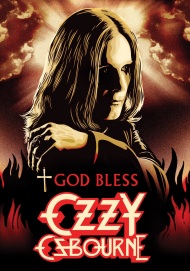 Los Angeles Times reports that Ozzy Osbourne and his wife/manager Sharon have listed their oceanfront Malibu, California beach house for sale at $10 million, according to the Multiple Listing Service.

Located on La Costa Beach, the home — which has been on the market since 2006 — was originally listed for $14 million.

The Osbournes originally bought the 4,500-square-foot home for $5.1 million in March 2003, and have been renting it over the years while holing up primarily in the Hidden Hills, California, home they bought in 2007.

Photos of the house can be seen at this location.