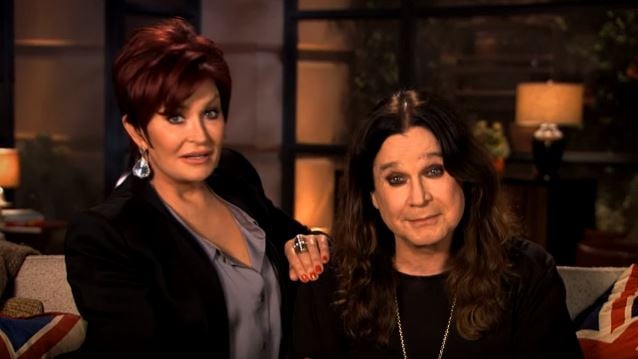 According to the Los Angeles Times, a Beverly Hills, California home leased by BLACK SABBATH singer Ozzy Osbourne and his wife and manager, Sharon, has been listed for $26.895 million.

The Osbournes have been renting the Georgian traditional-style house for the last four years, possibly for as much as $50,000 a month, based on property records.

The Los Angeles Times reported back in March 2015 that Ozzy and Sharon were selling two unfinished houses in the Hollywood Hills West area of Los Angeles. Both houses were priced at $1.999 million each. One was a 2,538-square-foot Contemporary built in 1961 and containing three bedrooms and three baths, while the smaller property was 2,038 square feet. Remodeling had been started but abandoned on both houses, which each had a pool, spa and two-car garage.

The couple also put a Malibu beach house on the market in April 2011 for $10 million.

All the buying and selling of real estate is a far cry from Ozzy's humble roots in the industrial British city of Birmingham. He told The Pulse Of Radio a while back that he used to think having no money was the cause of all his family's problems. "I grew up in a poor part of Birmingham, in a place called Aston, and I used to sit there thinking, 'Wouldn't it great if this happened...' and 'Wouldn't it be great if my dad won the lottery...'" he said. "I thought all the family hardship was caused over lack of money, you know. And that's not the case."

In May, Sharon and Ozzy confirmed that they were splitting after the singer four-year-long affair with his former hair colorist, Michelle Pugh, was revealed. But in August, the couple reconciled.