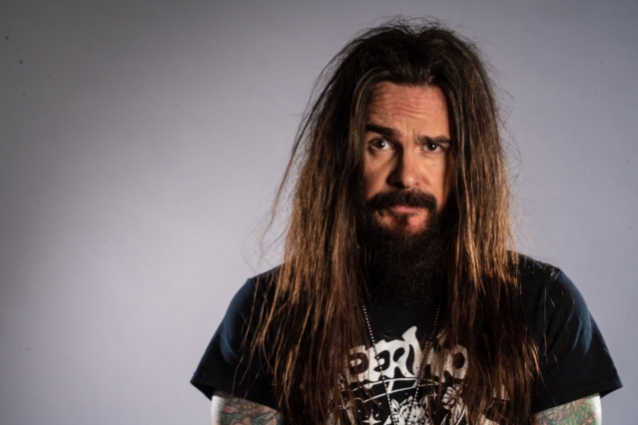 In a new interview with Chuck Shute of "The Chuck Shute Podcast", OZZY OSBOURNE bassist Rob "Blasko" Nicholson was asked if the legendary BLACK SABBATH singer has any concrete plans to resume touring once he has recovered from his recent health issues and the coronavirus pandemic has subsided. Blasko responded (hear audio below): "I'm not really sure. There's so much unknown in the world at present. I mean, we still have a tour on the books for the fall. No one's said one way or the other if that's happening or not happening, but at present, it's happening. And I think we'll just kind of see how the world returns to itself, in whatever form that is.

Blasko was also asked why GUNS N' ROSES' Duff McKagan ended up laying down all the bass tracks on Ozzy's latest album, "Ordinary Man", and he wasn't involved in the recording process. "I don't really know, man," he said. "Being a hired-gun guy, when you get a call, you show up. When you don't get a call, you do something else. It's kind of really that simple, I guess.

"I don't put much thought into it, because I don't feel like I'm entitled to anything," he added. "I'm appreciative of the time that I've been able to spend in the Ozzy Osbourne band, but that doesn't entitle me to play on every record or do everything that he does. He's Ozzy Osbourne — he should be able to do whatever he wants to whenever he wants to, because that's his creative vision. And I don't wanna get in the way of that."

Blasko has been a recording and touring musician since he was 16 years old. His career began with the seminal hardcore thrash band CRYPTIC SLAUGHTER, signed to Metal Blade Records in 1985. The band released three records for the label between 1986 and 1988. He eventually went on to become the bass player for such heavy metal heavyweights as Rob Zombie and Ozzy. In early 2005, he co-founded the artist management and marketing company Mercenary Management, Inc.